One minute, I have nothing planned for my Thursday evening. It’s playing on my mind though that I need to clock 10km this week (before Sunday) and have yet to run even an inch!

I’m on twitter and see that Georgina from Fitcetera is off to an event with Adidas and I assume it involves running so decide I want in! Next thing I know, I am in! I’m in Team Peckham!

Having no idea what I have signed up for, I arrive at the Adidas HQ in Covent Garden just metres from my two workplaces yet I never knew it was there! I’m greeted by lots of friendly faces and quite a few that I recognise…

We get kitted out…matching outfits for each team including the Adidas Energy Boost 2 trainers which remarkably feel like walking / running on clouds – the springiness is undeniable! 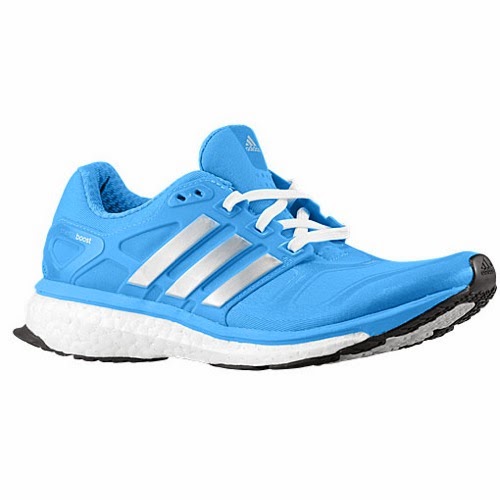 All dressed and ready to go, we were led outside by our Team Peckham captain to an awaiting taxi where we got whisked off to an undisclosed location! I’ll give you a hint though, it was in Peckham!

Simple as. The first clue in this challenge lead us from Peckham to Elephant & Castle where we had to take a picture (to prove we went there) and upload it to instagram with the tag #boostlondon not forgetting to “at” @adidasuk

Next up – Embankment Bridge. Located next to the London Eye which was looking spectacular in the beautiful night sky of London.

Oh but before we got there, an extra challenge! Just a 50m sprint y’know! We were lucky enough that as we sprinted a bunch of students were passing who cheered each and everyone one of us on! I don’t think they will ever know the difference that they made to us!! By this time, we had an inkling we were in the lead but we still didn’t know where we were actually going!

Horse Guards Parade next on the cards. No horses at this time. Just one soldier dude, tourists and us posing for our IG picture!

Last But Not Least. Never.

Our final location. Carnaby Street. Which was not where we started so we were intrigued. We weaved through heaps of tourists in Trafalgar Square and Piccadilly Circus and bounded for Carnaby Street. A swift right turn off Carnaby Street and we ran into our welcome back party…outside Joe and the Juice who were ready and waiting for us with smoothies and toasted sandwiches.

Oh, did I mention yet that the welcome party didn’t include the other 3 teams?! This can only mean one thing! WE WON THE CHALLENGE!! Team Peckham it seems, managed to keep that lead for the whole 6km and were the first to cross the finish line!

The smiles were satisfying. The smoothies were delicious. 6km of my 10km for the week was completed with a great team. Couldn’t ask for  more!

Huge Thank You to Adidas UK for a) putting on such a great evening and b) allowing me to participate!

What are your favourite running shoes right now?! Have you tried out the Adidas Energy Boost 2’s?

Building myself back up slowly but surely so I can