I’d be lying if I said I couldn’t be described as a fair weather cyclist for 2016/17. Since completing L’Etape London I’ve really only used my road bike to get me to and from Parkrun on Saturday mornings.

I took the majority of my cycling shenanigans indoors when the weather started to turn, mainly so I could start getting some experience as an indoor cycling instructor.

But now the weather is starting to get a little better and the sun is shining a little more (even if it is a little nippy), I’m more than ready to get back outdoors on two wheels.

I put my name down to volunteer at Hackney Half on 30th April as a sweep cyclist. My role will involve staying with the last runner / sweep runner throughout the event and keeping in communication with the Course Director.

Following behind myself and three other cyclists will be the Sweep Van (with a medic onboard) and then the team that clears up after the runs so the roads can reopen.

If you’ve been reading my blog for a while, you’ll know I’m a huge fan of Brompton Bicycles. Last summer I had the opportunity to borrow one for a few weeks and loved it (read about that here). It made commuting into the city that little more enjoyable.

Back in January, I attended the launch of Brompton Bicycle’s New York City Edition bike which was a sportier, more urban version of their usual bicycles. The bike is inspired by the city that never sleeps and comes with a whole heap of matching accessories.

I took it for a spin round the block and found it to feel lighter, faster and more stable than I was used to! I had hoped to take part in the Brompton Championships this year in London but those plans sadly haven’t come to fruition.

As with running, I find cycling much more enjoyable when there is a social aspect involved – namely cake and coffee. I’ve got one group ride planned and will be checking out the Breeze / Sky Ride schedule soon to see if there are any local rides I can pop along to!

These literally were my saving grace when training for L’Etape last year!

Also, lots of my active friends seem to be signed up for triathlons this year so I’m sure I’ll be able to tag along on their training rides – I don’t have plans to compete this year but I am down to volunteer at the London Triathlon in July.

I’m hoping to be able to take part in L’Etape again in 2017 and am also keeping my eye out for rides that would work based on location and timing. It’s a lot harder travelling to races with a bike in tow when you don’t have a car and restrictions apply on public transport.

I’d love to do a women’s only ride at some point (maybe a Cycletta) and train towards Ride London (for 2018). I know Ride London also have a shorter distance so I’ll be checking that one out too!

And news just in… I’ve just put a date in the diary for an exciting challenge! But you’re gonna have to stay tuned to find out more about that in the coming weeks… just know that it’s on two wheels, and it might well be my biggest (but most fun) challenge EVER!

Are you a cycling fanatic?! or fair weather like me?! 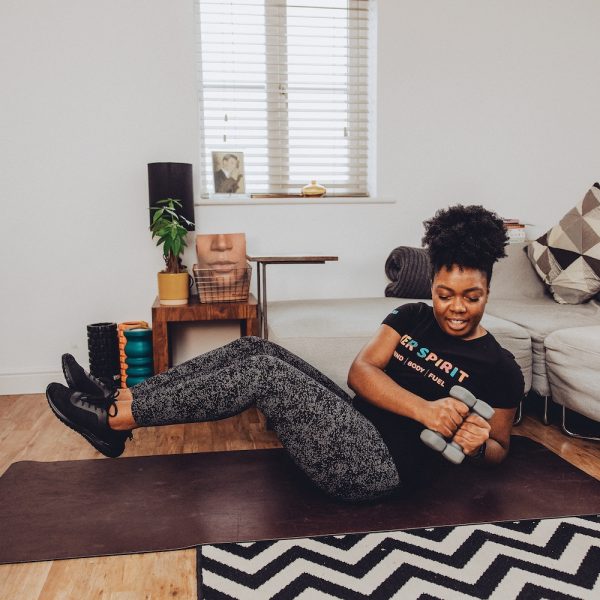 Cycling London to Paris for Beginners

Introduction To Barefoot Running With Vivobarefoot

Last week I had to dial everything back a bit... I

Join Alison @veloqi_cycle_coaching and I to chat

Got a little challenge for ya for over the weekend

My final cyclocross race is in the diary - Sunday

Monday means we're back with week 3 of Couch2Kilos