Welcome again 🙂 The end of November, the end of the year is fast approaching. It’s the time when we start to think about what we have achieved in the year gone and think about what’s to come. If you’re seeking inspiration to get out and get active, you’re in the right place… 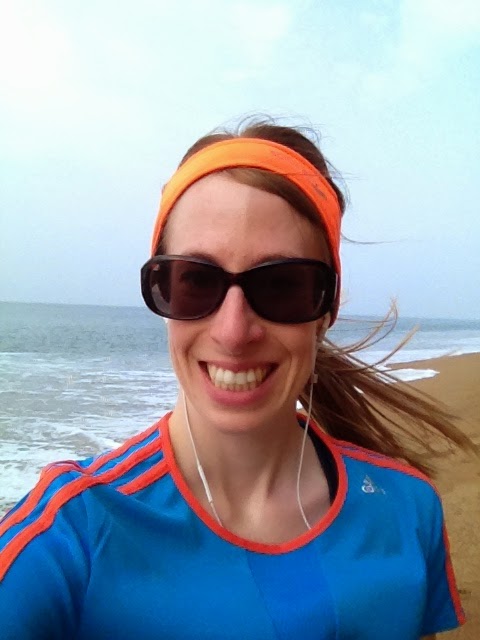 I met Louise through the blogosphere – I follow her blog, Lou Lives Well where she documents her running and yoga stories!

Louise: I have actually always been a bit of a runner. At school I was always put forward for the 1500 metres when no-one else wanted to do it (I wasn’t that keen either really!) and did some inter-school cross country races. But that was about as far as it went. I mostly played other sports instead like hockey and took swimming lessons. At uni I did pretty much zero exercise apart from cycling to lectures and back. It wasn’t until after uni that I got into running. This is about 6 years ago now and I signed up for a Race for Life 5K as my first ever race. After that I joined a local running club in Oxford, did some 10Ks and then finally my (still) longest run ever, Windsor half marathon. But it was hard, and after that running took a backseat again. I took up many and varied other sports – namely yoga, spinning, general gym-ing and netball. I did random 10Ks here and there but no consistent running. 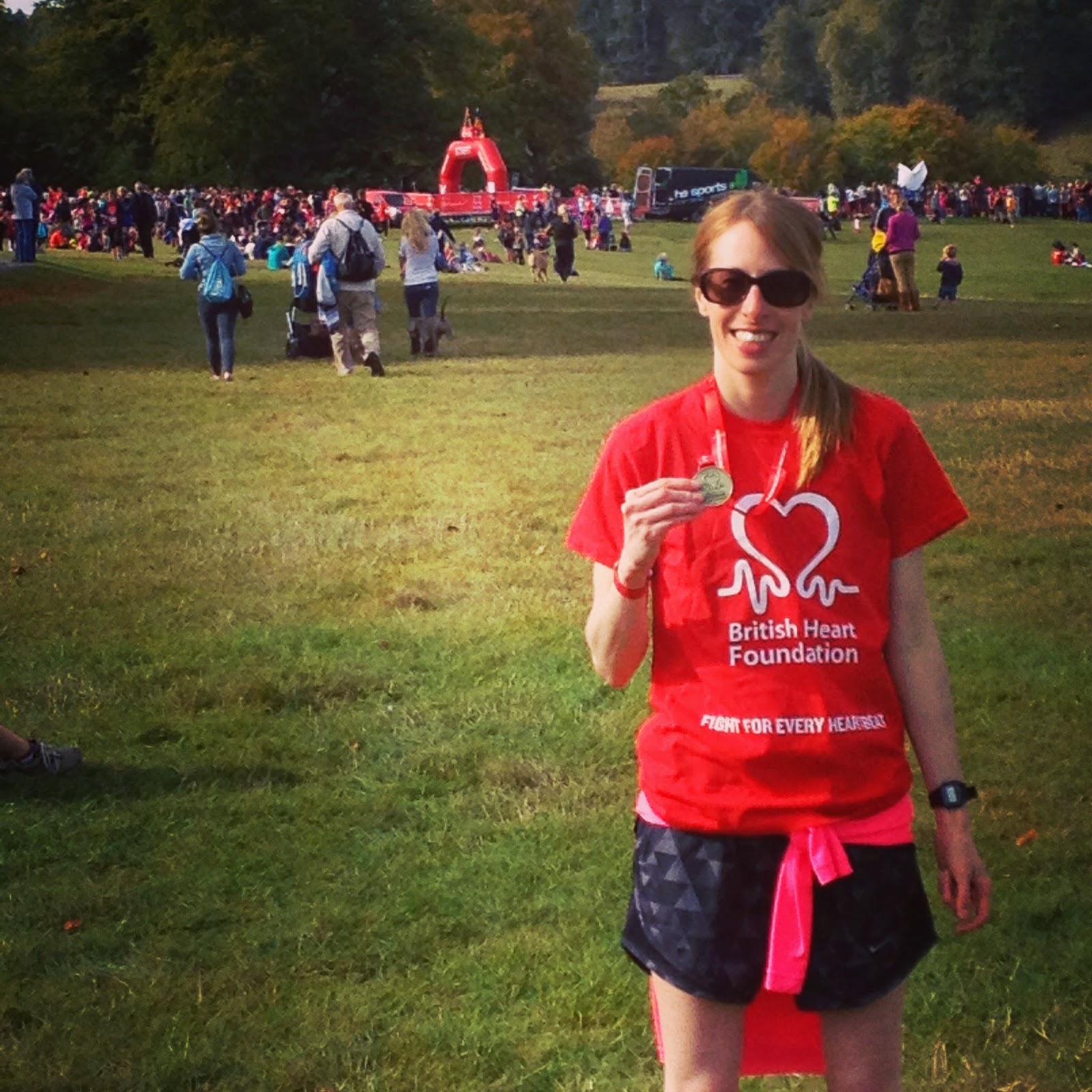 Fast forward to now – running and yoga have become the staples of my fitness regime. Sadly I am going to have to give up the yoga studio membership that I have to save some money but I am looking forward to finding free ways of keeping fit! Running is a huge part of that and it feels great to be back in the swing of it again. I did Blenheim 10K last month and loved it. I have signed up for two more, one in December (Greenwich) and one in March (Goring). I have my sights on another half (even though after Windsor I said I would never do another one!), most likely in autumn 2015. I am excited about running again and it feels good.

Elle: What’s your favourite way to work out?

Louise: A mixture of running and yoga. I love them both equally. I am looking now to run three times a week and do yoga twice (which will be online yoga and free Sweaty Betty classes). I have recently been to a few local running groups in Oxford and I find this a great way to work out – it’s sociable and you don’t realise how far you’ve gone!

I also cycle to work 3 miles each way every day which I think definitely helps maintain a level of fitness. 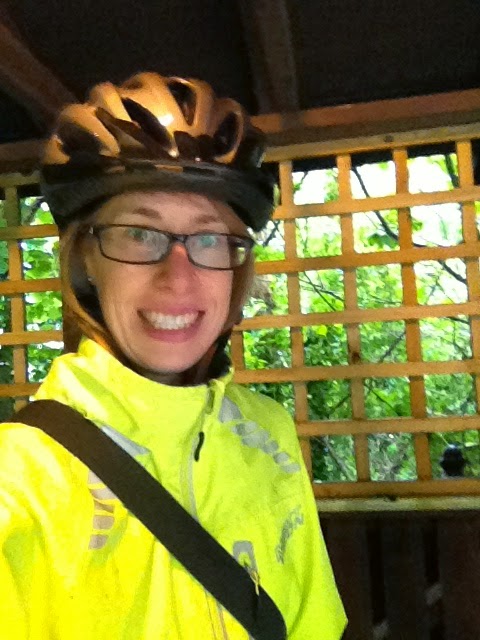 Louise: Currently, I do:

Friday – lunchtime run half an hour

Plus my cycle commute to work at 7 miles a day ☺

Louise: My inspirations are all of the running and health bloggers I follow. I love reading about the challenges they set themselves and how they go about achieving them. They inspire me to get out there!

In yoga, all of my yoga teachers have inspired me in some way. I also love Kathryn Budig; she’s brill and I was lucky enough to attend her yoga workshops in London last year. 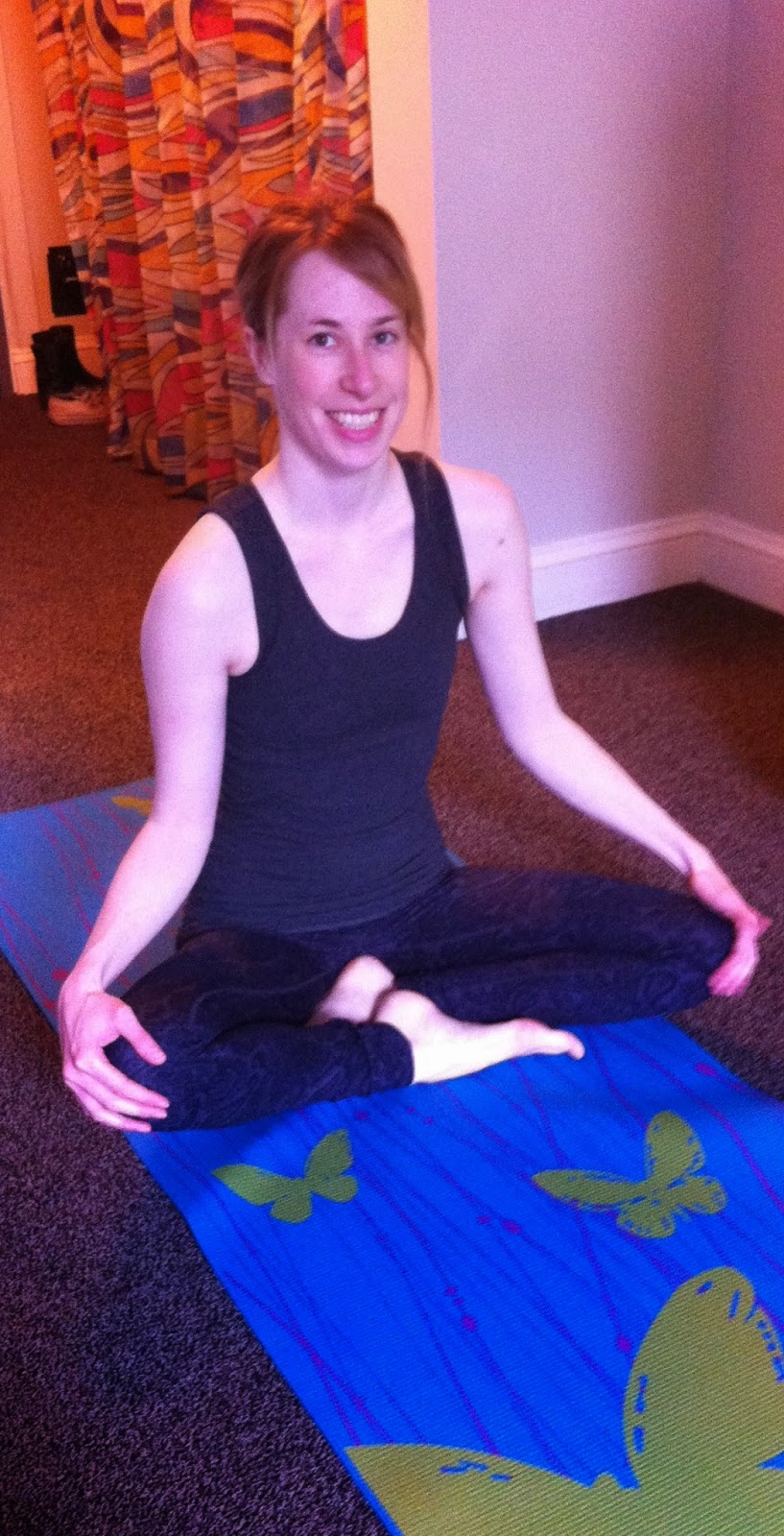 Louise: I am not sure about differences in me but there have been some proud moments. Running the Windsor half marathon in 2009, even though it was really hard, was a proud moment. I’m from Windsor so my family all came to watch and support. It was a hard race and a warm day so I didn’t particularly enjoy it all that much, but I still did it! I also felt proud when I finished the Blenheim 10K in October just gone – it was like saying ‘yay I’m back into running and I like it’!

Another amazing moment was when I did yoga in New York last year. One of my teachers in Oxford gave me the name of the studio he goes to when he’s there and so I just signed up to a class for when I was going to be on holiday there. When I was there I thought ‘I am doing yoga in NEW YORK!!’. If you’d have told me 5 years ago that I’d do that, I would never have believed it!

Louise: I have always been into healthy eating but I suppose in the last few years I have really looked at what I eat in detail and made some changes. I rarely eat sugar and if I do it’s never refined. I make my own granola and nut bars all the time now so I know what’s in them. I make green smoothies almost every day and LOVE them! I only eat meat once a week and eat more fish. I love veggie recipes and I don’t really consume cow’s milk anymore. Wow, that’s more changes than I thought! It’s been gradual though so it hasn’t been a hardship.

Louise: I am a bit retro this respect – I have a timetable that I print out and map out when I will run each week and how it fits in with all other commitments during the week. For example, if I know I am working late one day I’ll make sure to run in the morning instead. Or at lunchtime. If I plan it all out in writing and then tick it off as I go, I find I stick to it!

I do have Nike+ on my iPod but I don’t look at the tracking that much. I really have my eyes on a Garmin!

I also use my blog to track my progress and my achievements. Once I have committed to doing something on there I have to do it! It’s also a great way to celebrate achievements and to look back at posts when I signed up to races or set myself a challenge in the first place.

Louise: Well I said I would never do a half marathon again and yet here I am talking about doing one! I guess my goals are always changing since I have done quite a few different forms of fitness. One minute I want to go to spin classes 3 times a week, the next it’s vinyasa yoga! I feel like running and yoga are my real fitness passions and I have finally realised that. It’s good to change your goals up though and keep them fresh. So until October my goal was to run a 10K again, and now I’ve done that my goal is to do a few more 10Ks with a view to doing a half (argh!) in autumn 2015. 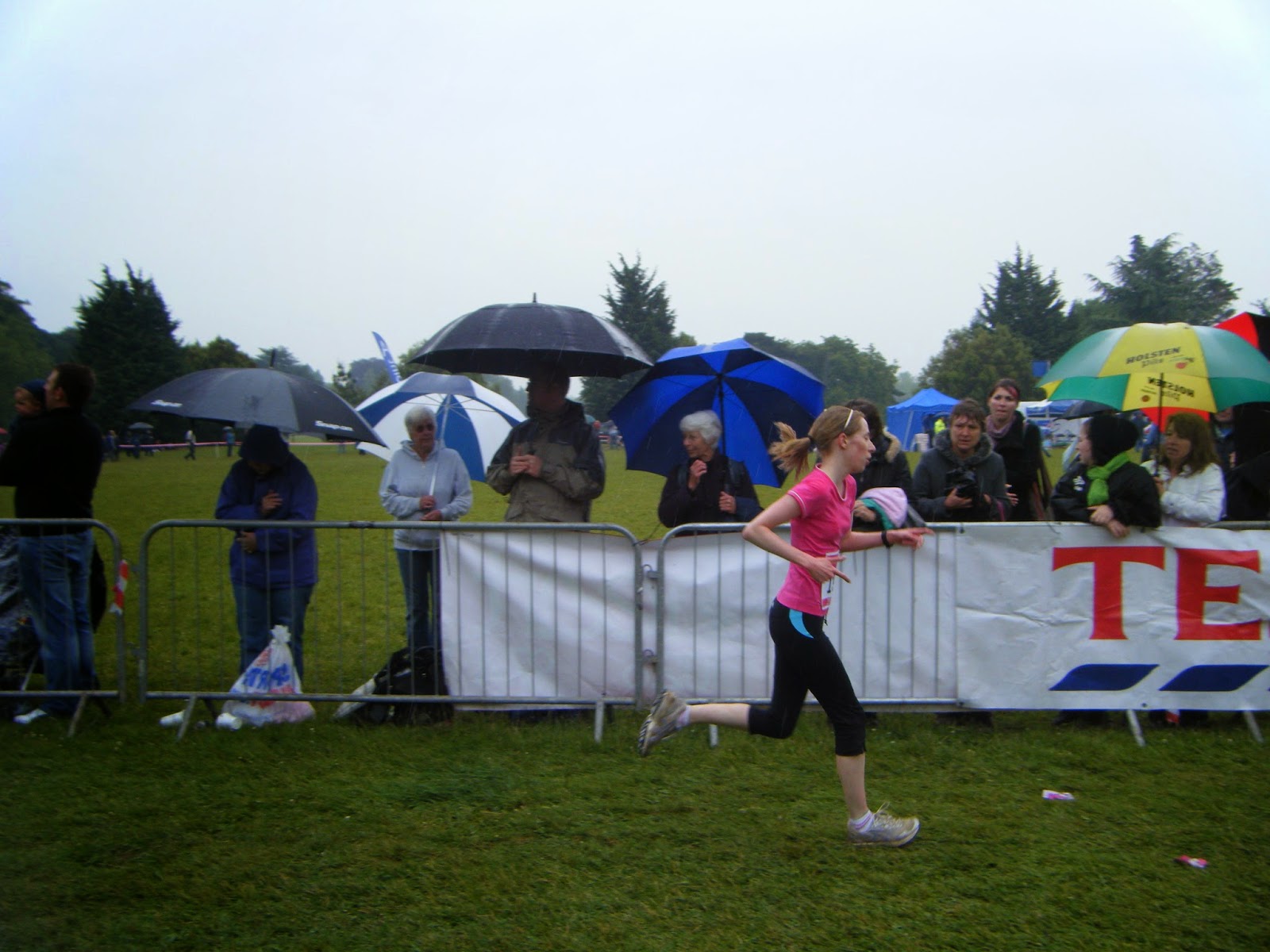 Louise: Brightly coloured running and yoga leggings! Having lovely kit always helps ☺ My yoga leggings are some of my favourite items of clothes, I actually wish I could wear them all the time!

Other than that (!), having something to aim for is the best way to keep motivated. After the Blenheim 10K this year I knew I had to book another race in or I would slip behind in my running. Not that I wouldn’t go but that it would become less structured and I might get tempted to miss a few runs or to go shorter distances. Especially with the winter setting in I need a goal or a target!

Generally though, I can’t go without exercise and have never been one to sit still so I find I am always doing some form of fitness!

Louise: If you’re unsure of getting started in fitness, the best thing to do is find something you really like doing. There’s no point going to the gym if you hate it. You’ll never want to go! Or go with a friend and then you’ll be less likely to duck out. Joining a running group or a team sport can make it more sociable too.

The other really key thing I’d say is to have a goal. I really like to idea of the Couch to 5K scheme to get people into running . And after that you can build up to 10K and so on! Running is an addiction, trust me! 😉

END_OF_DOCUMENT_TOKEN_TO_BE_REPLACED

FitPro INSIDER: Fake It Till You Make It

Just a few weeks ago I took over teaching a class at a new gym. When I turned up that...