Spring has sprung, and now is THE time to set goals which we can truly commit to and achieve. Then, what better time to share some inspiration in the form of this mini series – Living the simpElle life – where I talk to someone who has inspired me with their story.

Each individual we meet embodies what this blog is about. They have dug deep to find motivation, they have sought inspiration and in doing so become inspirational to others. They have been empowered with knowledge to change and that is what their story will do for the rest of us… 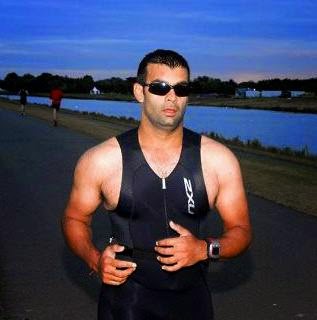 I met Rishin at the lululemon Covent Garden showroom as a regular attendee at the community yoga sessions. Over time, and chats, I found out Rishin was actually a qualified yoga teacher himself. I then found myself tasked with finding teachers for the community classes and thought “what better way to give back to Rishin, than putting him at the forefront of our community?!”. Rishin’s class was a hit with everyone and the feedback I received from attendees was very positive! The extra touch was that Rishin brought along some of his raw food bars to class which were so good that none were left by the time I arrived…

Elle: What made you decide to start yoga? …What was your plan / goals?

Rishin: My first memory of doing yoga was as a five year old at school in India but I
have to admit, I didn’t enjoy it at the time! The style of yoga was a bit too slow for
a bunch of young kids who just wanted to run around and play cricket or kick a
ball about! As recently as four years ago I would never have considered doing
yoga again. However, I tore muscles in both my shoulders when I fell off my bike
cycling downhill in the Lake District and my physiotherapist strongly
recommended yoga as a method of recuperation. I tried a “Yoga for shoulders”
video on youtube which I quite liked and then signed up for the intro offer at Hot
Power Yoga in Clapham and found myself hooked. At the time I worked for an
investment bank in the City and would never have considered training as a yoga
teacher but when I quit my job a couple of years later to start my own food
business, I decided since I was spending so much time practicing yoga, I may as
well learn to teach it so I signed up for the teacher training! 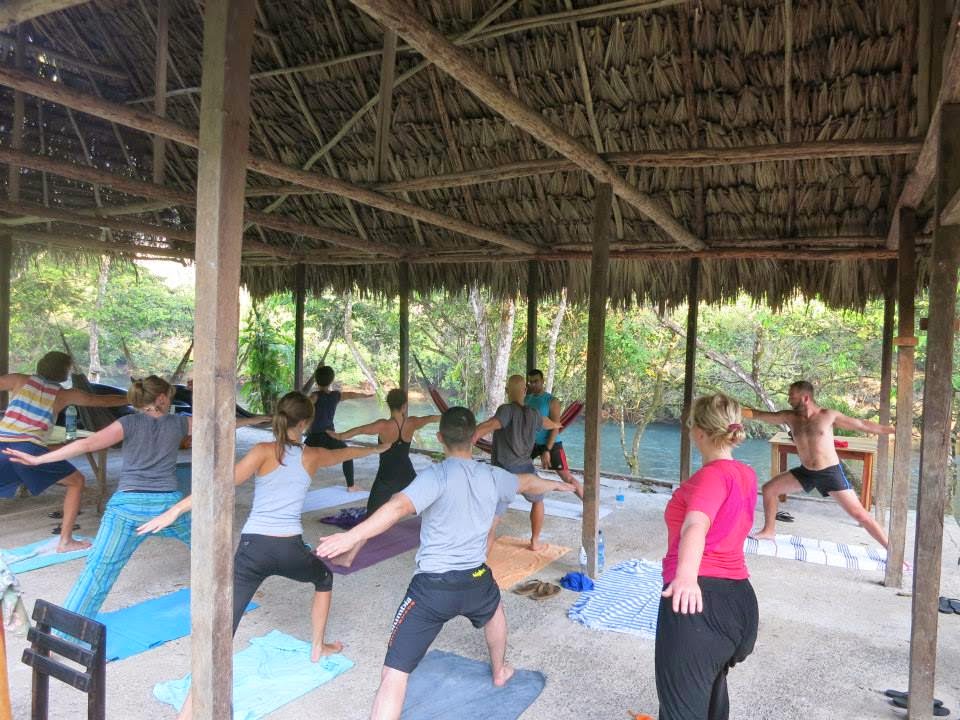 Rishin: I’ve tried loads of different styles of yoga since I took it up 3 years ago but my
preferred styles are the more dynamic or powerful styles of yoga such as
Vinyasa flow, Power Yoga, Broga and Rocket which get me into my breath and
get me working up a sweat but which are also different each time I come to the
mat. Having said that, I have now developed a healthy appreciation for slower
styles of yoga and I enjoy yin yoga and restorative yoga just as much.

I don’t have a favourite yoga pose as I find when my practice evolves so does
the pose that I like the most. When I started yoga it was wheel, then it was crow
and now it is handstand. It tends to be the pose that I find the most challenging
at the time and am working towards getting better at! 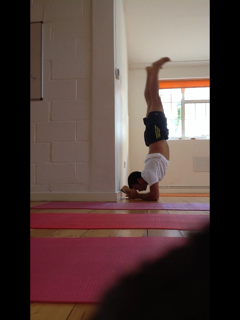 Rishin: I exercise around my teaching/cover schedule and my food business, both of
which have fairly irregular hours! I try to fit in at least one yoga session a day. If
I cant make it to a studio, I’ll do a home practice. Sometimes, when checking out
new studios and “abusing” their intro offers, I’ll squeeze in as many as four
classes a day as its a good way to try out different teachers.

I am training for the London Triathlon in Hyde Park this summer so try to run,
swim or ride my bike 4-5 times a week depending on my schedule. I’m doing the
Tough Mudder event in October which is a half marathon distance obstacle
course so when I finish the triathlon, I’ll probably switch things up a bit and
switch my focus to include more running.

Rishin: There are so many inspirational people out there that it is hard to pick just one or
two or even three! Having left a relatively stable career in banking to start my own business, I draw
inspiration from people who have taken risks and stepped into the unknown to
do something they are genuinely passionate about rather than following the
conventional path that society expects them to. The commencement speech that
Steve Jobs made at Yale in 2004 is particularly inspiring
(www.youtube.com/watch?v=D1R-jKKp3NA)

The poem “If” by Rudyard Kipling has always inspired me as each line from that
poem can be applied to so many different situations.

Rishin: With any kind of physical activity, I guess each time you hit a goal, there is the
next milestone to keep you on your toes! With running, I was really pleased the
first time I did 10k in less than 60 minutes but I immediately set my target on
running it in 50 minutes and was just as pleased when I managed to hit that
goal! I feel a sense of pride and excitement each time I hit a PB as it is an
indication that the hard work is paying off.

Similarly with yoga, I was delighted when I first managed to come into crow but immediately began to set my sights on variations of the pose such as jumping back to high plank and moving from crow to headstand! Thats what I love about yoga. My practice is always evolving.

Rishin: Yes and No! I am known amongst my friends for my gluttonous ways and
although I am a lot more conscious now about what I eat, I do indulge from time
to time. I find with triathlon training that its not just the calorie content that is
important for fuelling me but also the quality of what I eat so I do eat healthily
most of the time.

Before I do any endurance training I will eat a meal that provides me with slow release energy and I also carry energy bars (which I also sell!) on long rides as they are a compact and filling energy source. After a training session, I will eat something high in protein along with a carbohydrate source.

Rishin: I use a Garmin Forerunner GPS watch for my runs and bike rides which is one
of the best training tools out there. I can upload details of my rides and runs to a
website which compares speed, average pace, heart rate amongst a number of
other criteria to previous sessions. It is great as I can track progress and identify
personal bests as and when I achieve them. You can also see how you compare
against other cyclists and runners on the same route so its quite a fun toy if you
are competitive. This might seem at odds with the non competitive nature of
yoga! 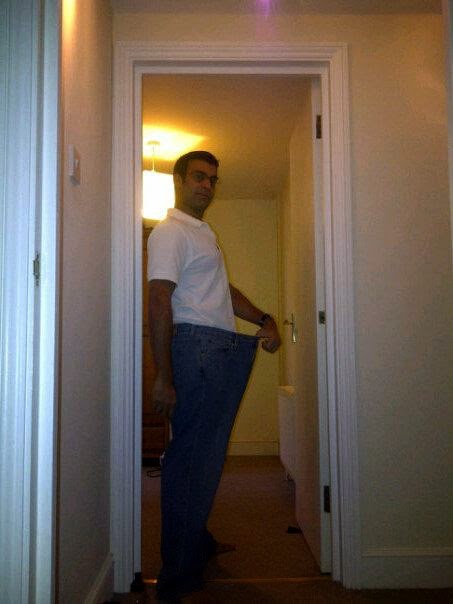 Rishin: Massively! My initial goal when I started to run was to lose weight. I remember
the first time I went for a run in Clapham around 2007. I did one lap of Clapham
Common which was about 3km and it took me almost 30 minutes. I was in pain
for over a week because of that run. At the time, I couldnt even imagine running
10km but in 2012 I did an Olympic Distance Triathlon in Stockholm (1.5km swim,
40km bike ride and 10km run) and I remember thinking after the bike ride “thank
god I only have another 10km to run”!

I was hoping to do a half iron man triathlon in 2013 but unfortunately tore my calf 2 weeks before and only started to run again a couple of months ago. I’m hoping to do a couple of olympic distance triathlons this summer and improve on the time I set in Stockholm and next year work towards doing that half ironman.

Rishin: I was recently going through a list of poses on a chart and identified more than
50 poses which I wasn’t able to do when I first started doing yoga but can now
do quite comfortably. There are probably still hundreds of poses which I cannot
do at the moment but seeing how far I have come always gives me the
motivation to keep plugging away. Similarly with running and cycling seeing how
much I have improved only reminds me how much further there is to go. I think
its important to enjoy and celebrate success but not use that as an excuse to
stagnate.

Rishin: I swam regularly when I was in my teens but I spent most of my twenties doing
very little if any exercise. With hindsight I wish I had spent that period of my life being more active. Having said that, hindsight is a wonderful thing and I imagine
my “before” me would scoff at any advice I gave him. I think most people know
what they need to do to achieve a healthier lifestyle. Very often people say they
haven’t got the time or the money to be healthy but thats just a convenient
excuse. You can always find some time to do a bit of exercise. For instance,
cycling to work is cheaper and quicker than getting the bus or tube and you also
arrive at work more energised. I worked with someone who was a senior
executive at a bank and working 12 hour days who still found the time to train to
climb Mount Everest proving that as long as you really want to do something,
you will be able to find the time to make it happen!

If you’d like to leave Rishin a comment below please do so or you can connect with him here:

END_OF_DOCUMENT_TOKEN_TO_BE_REPLACED

From the Sidelines of the London Marathon 2014

Sunday 13th April 2014. I didn't run the London Marathon but I did rock up to the sidelines to cheer...