At some point in time, maybe during 2016/17, I gave up wearing fitness trackers. I gave up wearing anything on my wrists to be honest, bar an actual watch sometimes when I dressed up in “normal clothes”. There had been some research suggesting that tracking an activity made it less enjoyable… but obviously this hasn’t stopped anyone as new models are continuously hitting the market… and I always like to keep up to date with what is available…

So, meet the Misfit Vapor

Now the thing I love the most about the Misfit Vapor is the design. I absolutely love the look of it and the nude / rose gold combination is a winner for me. It’s neutral so goes with any outfit whether activewear or “normal” clothes in my opinion. The straps are easily changed too and seem to be reasonably priced when you come across them.

I unboxed it the very day it arrived which was about 10 minutes before leaving the house for an epic day of training. I figured it would be the perfect way to test a fitness tracker, right?!

It all seemed straightforward; I plugged it in to charge… it does so by sitting precariously on the charger and the slightest movement can knock it off… then I spent 10 minutes trying to figure out what app “Android Wear” is (FYI: it has been renamed to “Google Wear”). Once that was sorted, the set up process was simple.

Navigating the menus is taking me forever and a day to get used to; the Misfit Vapor has just the one button and everything else is controlled using the touchscreen or the bezel itself which is touch sensitive. I’m never certain which direction I should be swiping… 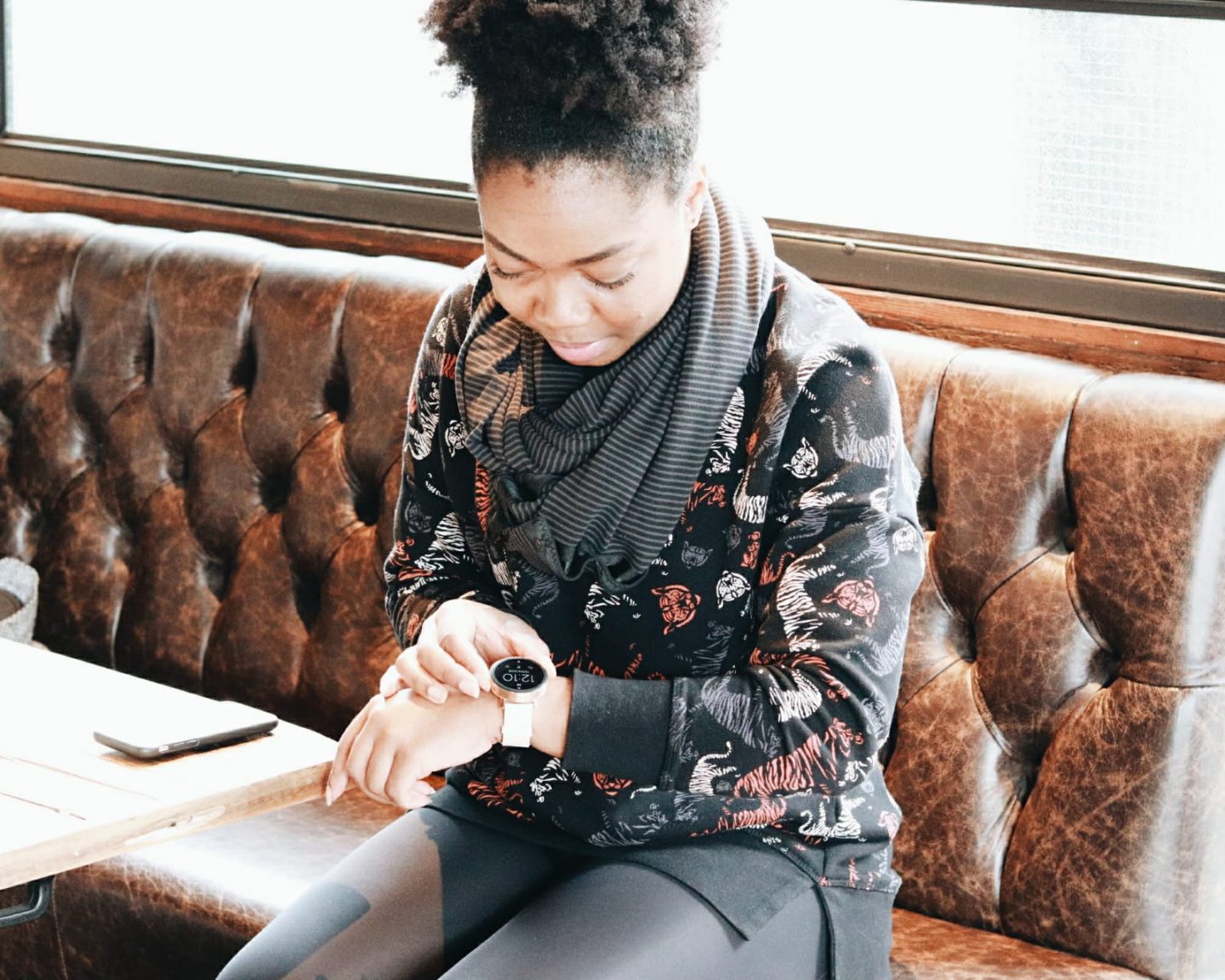 So what does it actually do?

I should start by saying it essentially only tracks running (also walking & hiking), cycling and swimming (it’s waterproof). So, trying to track my day of four very different classes? Epic. Fail. And this made me wonder why it was even called a fitness tracker…??

It can measure workouts if you use the Google Fit app but to start tracking that you need to go though a number of swipes and button presses… which if you’re like me, you don’t have time for because you’ve been busy doing stuff like finding the studio or something! The Vapor also measures your pulse on demand but this takes a few moments to gather a reading.

Then, I think I realised where I had made a fundamental mistake. I started to actually like it when I realised it was more of a smart watch (you know, like the apple watch) than a fitness tracker. The moment when I realised I could actually respond to text messages / tweets etc  directly from the watch itself was basically the game-changer! 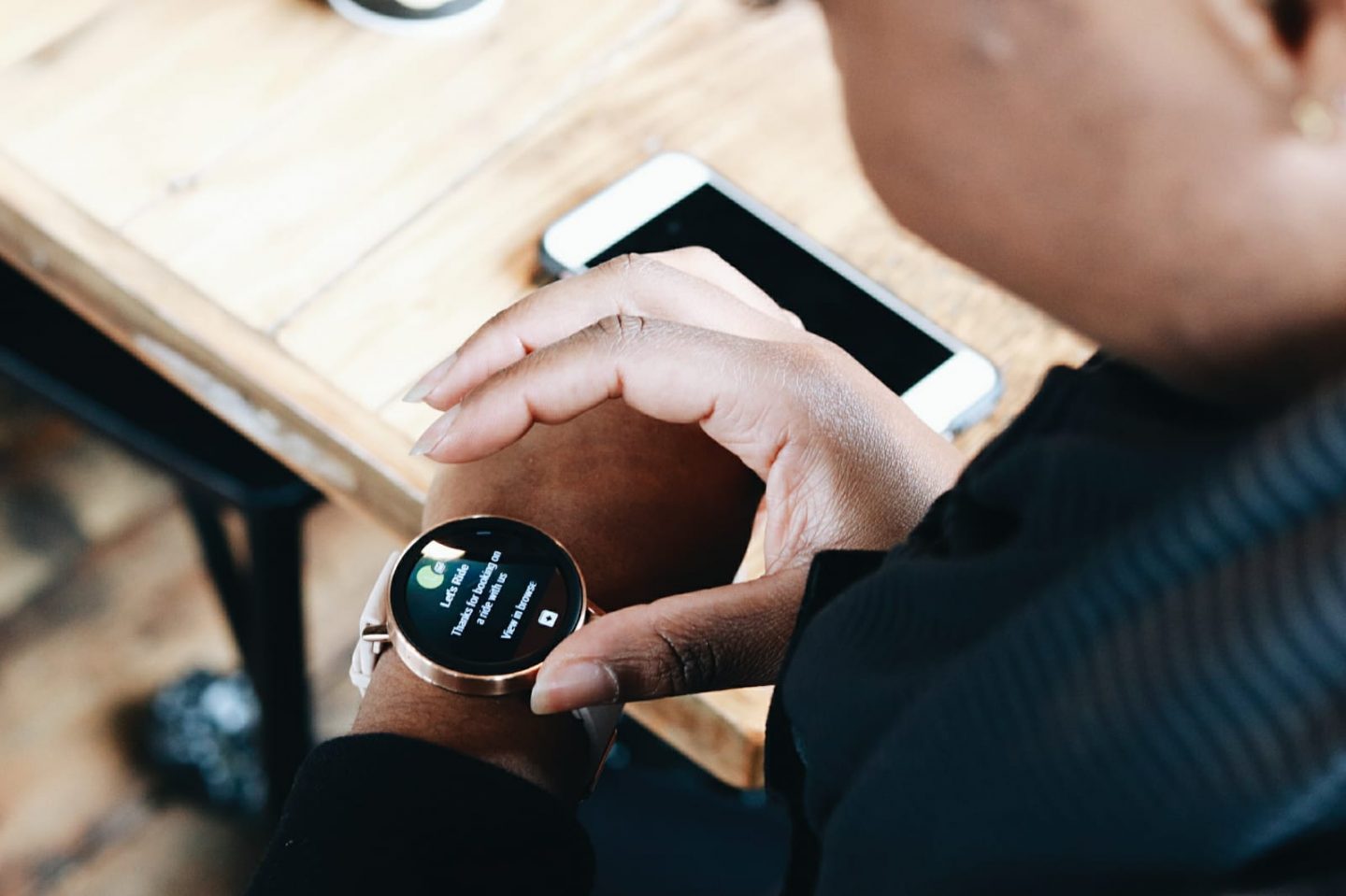 What else makes it smart…

Within the set up somewhere, I turned on the notifications which I then regretted for quite a while. It’s currently hooked up to my Blackberry Motion which only connects when on WiFi so when it does connect the notifications flood in. I feel like the notifications drain the battery too which already has only lasted for one day at best.

So, what’s the verdict on the Misfit Vapor?

I don’t think I’m gonna give up on this watch yet, but it is going to take me a while to get used to charging it each night (which is also a shame as I’m pretty sure it should track your sleep). I’ll have a play around with it to see if the battery saving mode makes a difference and if I get a hang of navigating the menus… there’s no doubt that you will see me wearing it again…

You’ll love this if… you’re looking for a good looking smart watch that won’t break the bank (in comparison to say, apple) and tracking runs or workouts is an added bonus

Think twice if… you’re are a die hard fitness enthusiast that wants to track every single thing you do.

The Misfit Vapor is available from Curry’s for £185 at the time of writing this post.

What fitness tracker are you currently using right now?

END_OF_DOCUMENT_TOKEN_TO_BE_REPLACED

How You Can Use Your Favourite Sport to Get in Shape

Getting in shape is always a challenge unless you were fit from the start. Going from a sedentary lifestyle to...