Apparently when you get together a group of awesome women it proves difficult to find one day that suits everyone to meet up for a ride. But Anna Glowinski, of Anna’s Legs got it nailed and we put Wednesday 30th August in our diaries.

Three of us were chosen a few months back in conjunction with VeloVixen (who have previously sold Anna’s awesome designs) to be Ambassadors for the brand. With us being located in various parts of the country Anna chose the Peak District in Derbyshire as our location for the day.

I set my alarm for 6am to give me half an hour to get out of the house and make it across town for my 07:58 train from St. Pancras International. The two hour journey to Sheffield wasn’t too bad – I was sat at a table in the window seat and had a plug to charge my phone – winning.

As we got further and further north though the sky got darker, the day got duller and it began to rain. I switched trains at Sheffield for my final hour journey to Chinley where Anna and her Mom picked me up to take me to our meeting point – The Old Hall Inn.

We (Joanna, Di, Anna, Mummy G and I) all got to sit down and have a little chat over tea, coffee and cake before settling off to leave and realising it was bucketing down with rain again after the sun had poked its head back out for a while.

By this point (early lunchtime) I was hungry again anyway as I’d only had breakfast since waking up we decided to wait out the rain and have some lunch. I had a ham and cheese sandwich with apple chutney (a non vegan / vegetarian day); the name doesn’t do it justice as the bread was thick and fresh, the ham was off the bone and the cheese and chutney just complemented everything perfectly.

Anyway, we eventually got Lycra-ed up in our awesome Annas Legs 3/4 length tights of course and hit the road… straight into a hill.

…and the climbing just kept on coming and coming, and coming. I remember being early into the ride and wondering how far we’d gone only to look down at my gps and see we’d only gotten 258 metres into it! I wasn’t sure I was gonna survive the Peak District.

Our planned route was a round trip to Buxton via a cafe for more coffee and cake (obviously). When it took us one and a half hours to get the first 10km done, the constant maths in my mind of distances, speed and time were starting to worry me.

But the views kinda took my mind off things and stopping for photos (rest) was great! No point me travelling 9 hours not to enjoy it and take a few pictures!

It felt like we got some respite as we approached the lake but looking at Strava I think this was in my imagination and my mind just gave up processing the fact we were still climbing.

After what seemed like FOREVER (it was actually 2.5 hours) we were a short distance away from Buxton and Anna promised me that it was all downhill back to the start point.

The maths in my head told me that if I stopped in Buxton and waited for Anna to come back and collect me I might not make it back in time for my train to get me home to london to bed ready for my 5am work alarm the next day.

It would also mean that if I somehow didn’t miss my train, I would certainly miss dinner and the massage that had been booked and you know me, I’m not one to miss a meal! So my only option was to keep going…

…and keep going I did! At one point, I really was close to losing the will to live but I hung in there and just kept pedalling. I also knew that when I finished I’d be so happy to have done it and all my rides in the near future would seem p*ss easy in comparison!

The ride back to The Old Hall Inn from Buxton literally took half the time that it did to get to get there in the first place! It really was mostly downhill which I actually enjoyed. Of course.

Once we arrived I hopped straight off my bike and onto the massage table for a 30 minute shoulder and back massage which was just perfect for me as I carry all my tension in those spots. The massage was set up in the dining room of one of the cottages The Old Hall Inn rents out to visitors and the whole place was beautifully decorated.

Having already made my dinner order before running in for my massage it was ready and waiting for me when I returned to the pub along with the pint of Diet Coke.

In the end I had to pack up my dinner (a buttermilk chicken burger with chunky chips) and head to the train station but it still tasted amazing. The staff at The Old Hall Inn were so accommodating to us for the day with one girl from behind the bar dropping me off to the station as Anna wasn’t back from picking Dianne up in Buxton.

If you ever find yourself up in Chinley then you have to check out this pub (and their super cute accommodation).

A huge thank you also to Anna for looking after us so well for the day! Chatting to Anna, Joanna, Diane and Mummy G was so inspiring to hear about all the amazing adventures they get up to both on and off their set of wheels!

Who’s been out riding in the Peak District before?! Any other areas worth checking out?! 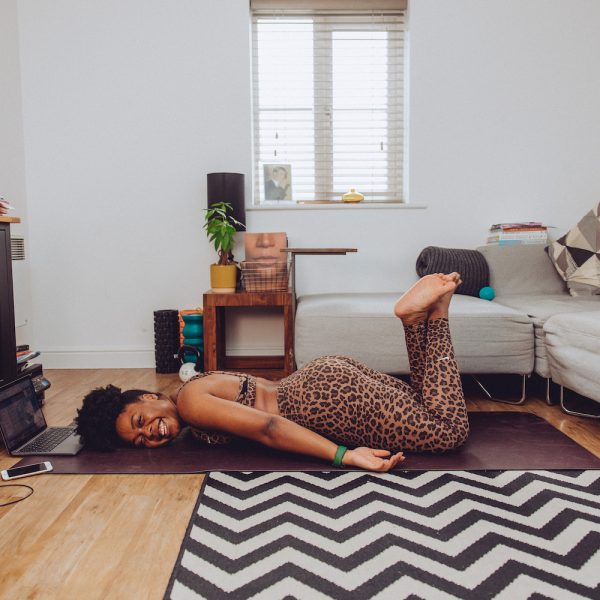