The day finally arrived. The day of my first Half Marathon for 2015. A day I actually trained for.

It seems that the key to a PB may be a bacon sandwich, 2 mini apple danishes and a cup of coffee for breakfast. That’s what I did on the day I shaved 20 minutes off my Personal Best time from Hackney Half Marathon in June 2014.

In the week before the event I was a little apprehensive. I was excited but at the same time I wasn’t sure if the training I did would make a difference. Chatting to Bethan, she asked (very kindly) if I would want her to pace me; I couldn’t very well turn that down. We opted for a goal time of approx 2 hours and 10 minutes.

My training started 10 weeks before race day; a plan with just 3 runs per week. I’ve never trained for a half marathon before so I didn’t know if this was enough,. I also couldn’t honestly commit to anymore. When I missed a weeks worth in January and got ill, I was pretty sure I’d have to focus my efforts on a potential PB at a later race. 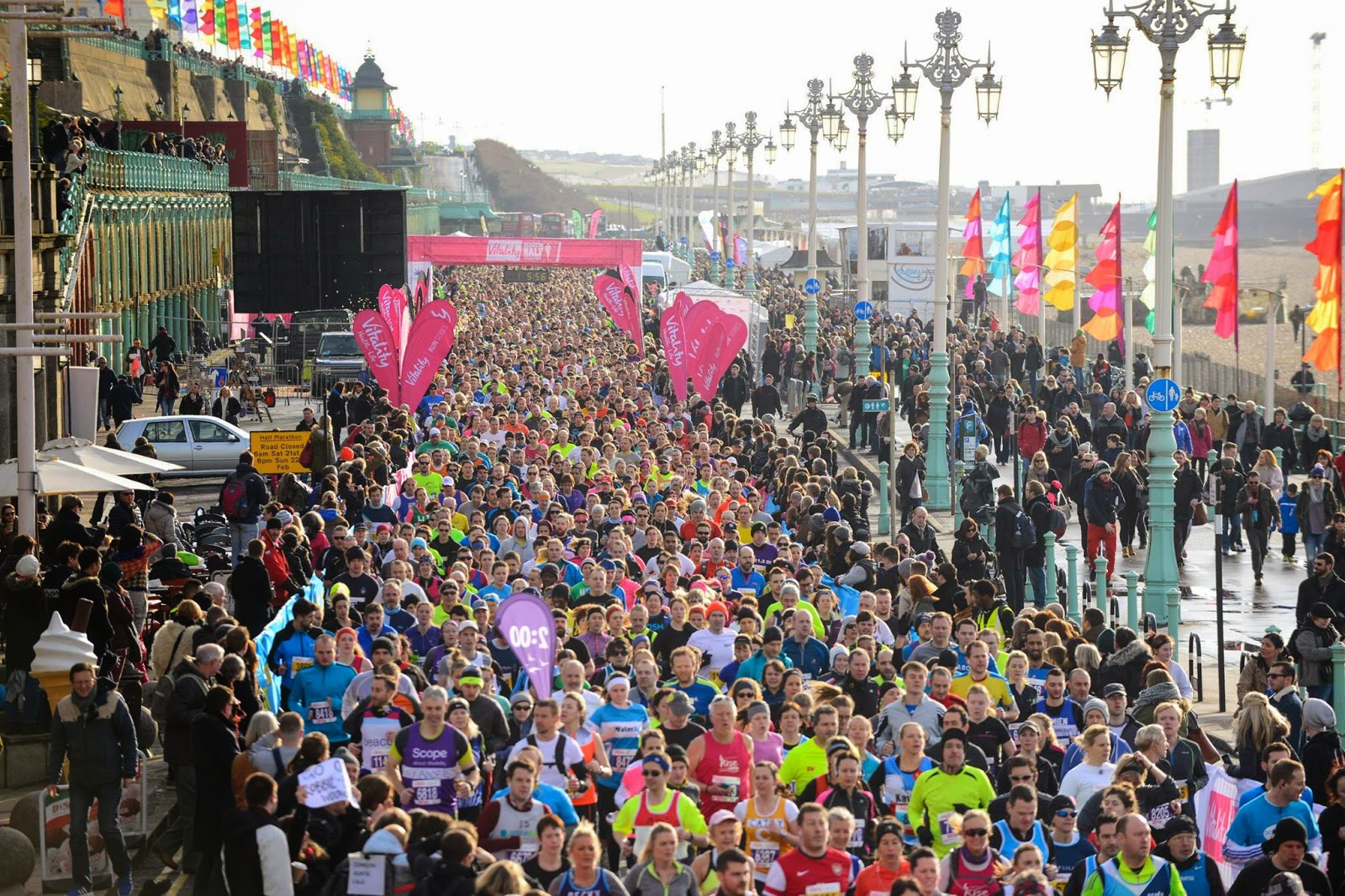 The Start: We were assigned start waves based on predicted times we had given at point of registering. Bibs were colour coded and printed with times to remind us. We (Bethan, Georgina and I) started just ahead of our wave sticking to the left to allow others to take over if necessary. Oh and it rained…confetti 🙂

The Route: The route in my mind consisted of three sections. The start was a small northbound loop into the town and back to the seafront. We then headed east and back again to the centre point / start before heading west and back again to the finish. The majority of the route was close to or along the seafront. At one point in the final 3 miles where there were less supporters I could actually hear the waves which to me was magical.

I’d convinced myself the route was flat, and as courses go, I guess it wasn’t too bad. The few ascents were longer meaning it didn’t burn too much! And as Bethan reminded me on route, what goes up…must come down.

Hill Mantra: head down, knees up

I spotted every single mile marker too which might be a first! They were big, bright and well placed.

The Crowd: The streets were lined with many a supporter. From families, friends, charities to other runners who’d finished (in the later stages of the race). I even spotted a few friendly London faces (Thanks Becca, Nikki, Christine) who seemed to be positioned at the points where I appreciated a wave and a smile most.

The Atmosphere: Everyone seemed friendly enough and I didn’t witness or fall victim to anyone doing anything stupid! 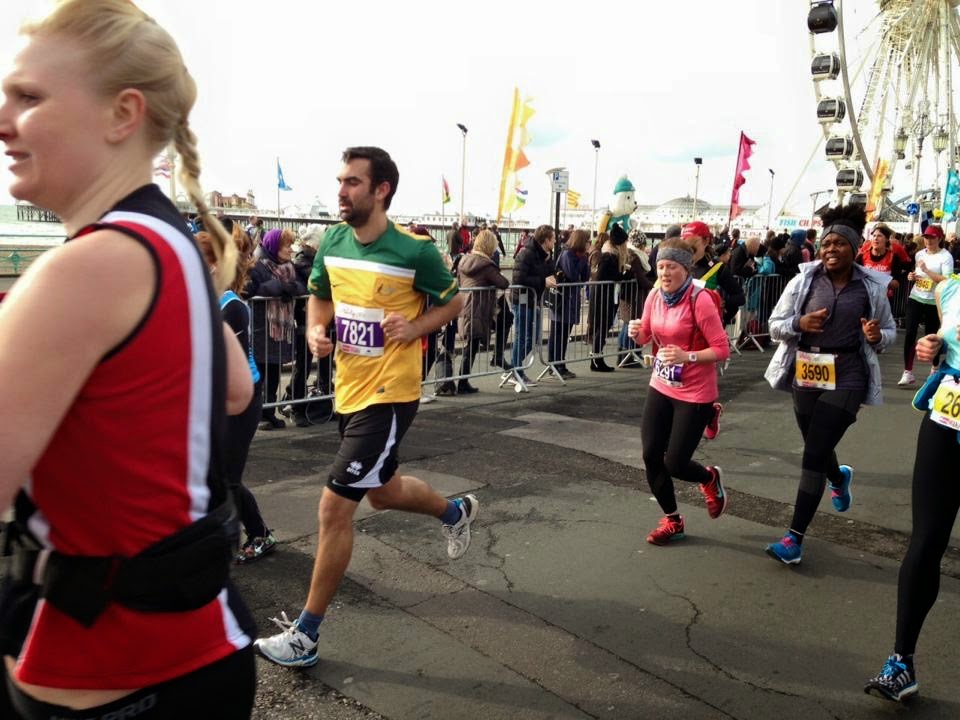 The Drinks: There were 3 drink stations on the course, at approx 5km, 10km and then somewhere way after I needed it…past the 15km mark! Both water and Lucozade were on offer; I’ve only ever trained with water so stuck to that!

The Loo Situation: Plenty were at the start line and some along the course.

The Finish: The crowds were amazing and the MC was encouraging. Once we crossed the finish line, the funnel was wide. Foil wraps were provided along with more drinks. Then there was some congestion for goody bags followed by a little more congestion for medals. 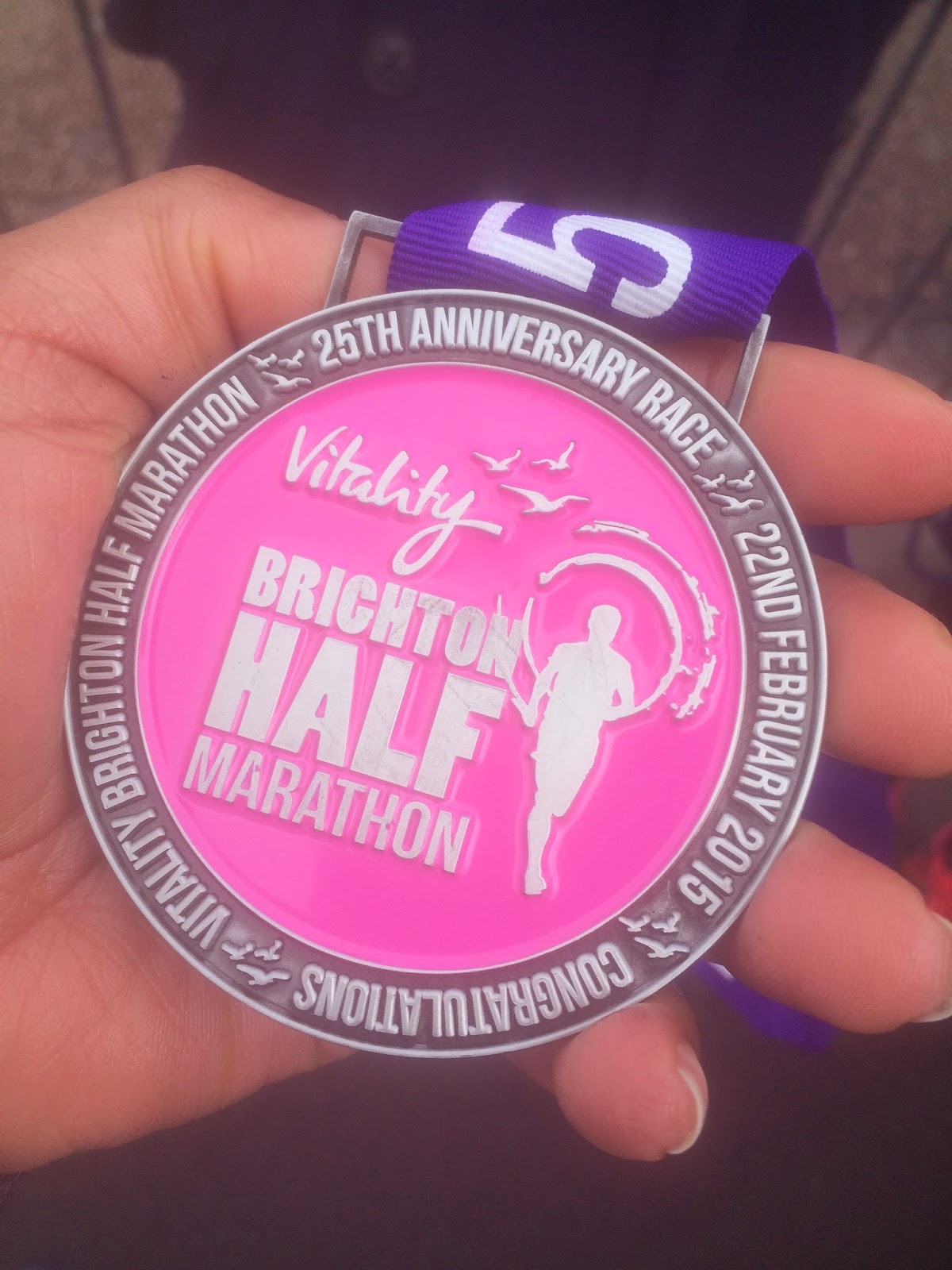 The Medal: The congestion was worth it though…the medal is huge. It is definitely a reflection of the event and the celebrations. It’s pink too! …and states the year…in fact, it has the entire date on it which I love!

The Statistics: They speak for themselves really! I wore my Nike+ GPS watch programmed with current pace and distance on the main screen. I actually didn’t check it that much and used Bethan as my guide. Bethan and Georgina both “speak” in miles whereas I speak in KM so I didn’t always have a clue of our pace. Bethan informed me we were ahead of pace and I was comfortable so we stuck there. 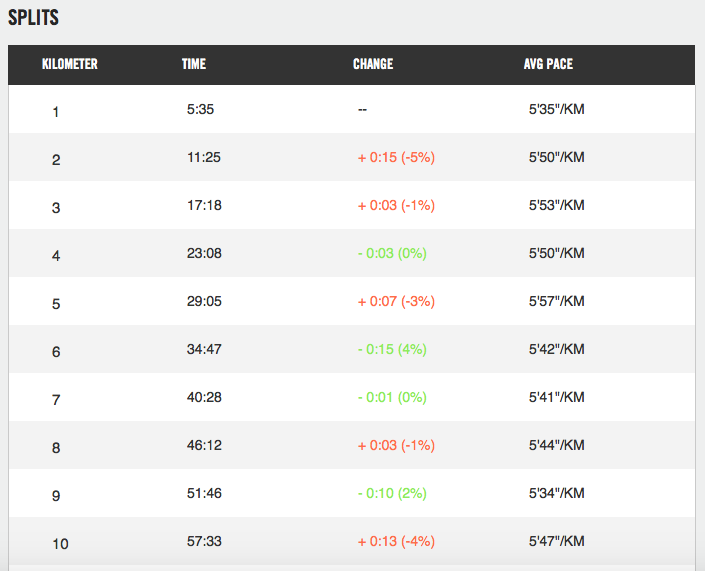 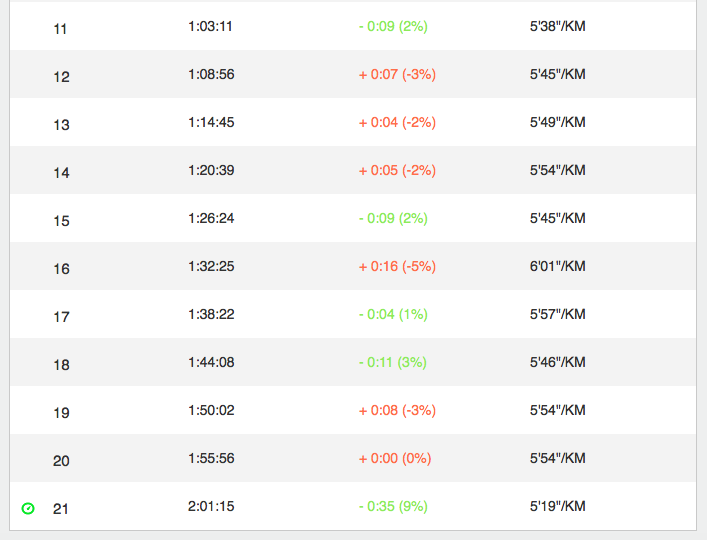 I’ve never run such a consistent pace in my life – I couldn’t actually believe it when my I saw that my fastest KM was my final one!

A HUGE THANK YOU to Bethan for even suggesting pacing me today! Thanks also to Georgina for sticking with us!

All in all, this event is definitely up there in my top 5 race days! The organisation was impeccable, the route was just the right amount of flat vs challenging and lucky for us all, the weather man played ball with sunshine, a few clouds and a light cooling breeze!

Have you ever been paced? or considered doing it for someone else?! …What PB are you currently chasing?!

p.s And Thanks to Vitality Brighton for my place and for hosting me; it was amazing to be back in Brighton after graduating from the University of Brighton nearly 10 years ago! All opinions are my own 🙂 some photos though are not – credit to Nikki and the BHM FB page