I’ve been meaning to write and publish this post for months, since the start of 2016 to be exact but I just never got around to doing it! But now that I’m celebrating 4 years of keep it simpElle it seems like the perfect time to actually get it done (I was also taking part in a challenge to blog every day and clear out my draft posts folder when I wrote the first part of this and never published this second post. I know. SMH).

It’s been so long, I can’t remember exactly how I put the list together but I assume it was a combination of the most read posts of all time, ones I enjoyed writing and ones that hold great memories from the past four years.

After Adrianna’s last Guest Post – 6 Yoga Poses For Tight Shoulders, I had to get her back again! I use the poses she shared with us to warm myself up before teaching, after cycling and generally when I can feel the tension building up in my shoulders.

It’s kinda surreal. I took part in the 25th Anniversary event of Windsor Triathlon on Sunday 14th June 2015 and now it’s all over. I swam in the River Thames, I cycled on the streets of Windsor and then I ran past Windsor Castle. This is how I did it.

I first wrote this post nearly two years ago for my first ever Half Marathon. The title was essentially the same but sounded specific to the event which was Run To The Beat. Since running a couple more Half Marathons though I realised that the tips were valid and valuable for every single Half Marathon so I’ve given the post a little makeover for 2015…

When I went along to the Nike Women’s 10km earlier in June as part of the VCCO team, I popped along to the stand and had a nibble on the Coco Bites they had prepared. I thought they were delicious and grabbed one of the recipe cards knowing I would have to attempt to recreate this myself! 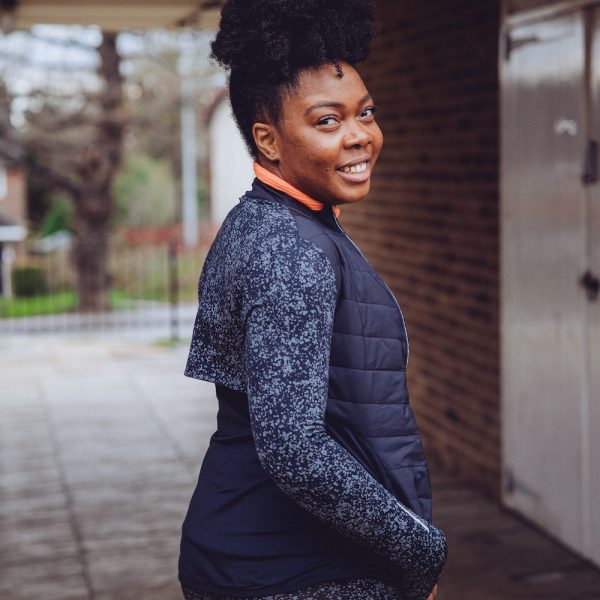 Run With Us: Top 5 London Running Routes from Break The Loop

I considered taking a break from my online classes

Indoor cycling is still a staple in my training, e

This trend is cute, but it made me realise that...

🙋🏾‍♀️ who else is running / racing tom