Danielle – the author and owner of this blog – and I had a bad moment yesterday. The day before, I went to Wagamama, and ordered a bowl of Chicken Itame noodle soup. I like it, as it’s heavy on green veg and has a kick of curry to warm you up. I also ordered a side of Chilli Squid, which I shared.

Later that day, in-keeping with the portion control I use on a daily basis, I logged my meal into MyFitnessPal (if you don’t have this brilliant app, get it now). Chicken Itame came up as 850kcal. Thinking there had been an input error on MyFitnessPal, I went on to the Wagamama site and discovered that indeed, my meal was 850kcal, and with half a serving of Chilli Squid (half a serving is 246kcal), I’d consumed 1,096kcal in one meal. My 1,200kcal daily intake? Buggered.

I recalled my woes to Danielle yesterday, and looking more-than-slightly panicked, she searched for her last Wagamama meal from Friday night (Firecracker Chicken). It came in at a whopping 1,108kcal. Luckily, she didn’t order a side.

The irony is that earlier that day, I’d been waiting outside McDonalds, scrutinising the calorie
content of their meals. Scoffing, sniggering and wearing a smug smile on my face, I felt safe in the knowledge that I would never wolf down 890kcal in one sitting with a Big Tasty® With Bacon, as I was clued up about nutrition. Clearly, as my Wagamama melt-down highlighted, I’m not as smart as I thought.

Food suppliers are one step ahead of all of us. I am well-rehearsed on the ‘secret’ behind low-fat
foods (they’re either not that low-fat, just lower in fat compared to their full-fat counterpart, or they’re laden with sugar) and no added sugar foods (no added sugar doesn’t mean low in sugar, just read the nutrition information on a packet of Haribo to understand this). But yet we all fall victim to savvy marketing and slick advertising.

The government have cottoned on to this, and have released an advert through their Change4Life
campaign about “hidden nasties”. You can read more about it here. It aims to educate people on the hidden fats and sugars in popular foods. It talks about 17 cubes of sugar in soft drinks, and a
wine-glass full of fat in pizza.

Let’s use the example of breakfast cereal. Frosties® are unhealthy, right? Yet a 30g portion of Honey
Cheerios® with 125ml semi-skimmed milk is 171kcal but 16.4g sugar: That’s a mere 0.6g less than a bowl of Frosties® (172kcal, 17g sugar). Honey is the fourth ingredient on the list (2.8%), sandwiched between sugar and Partially Inverted Brown Sugar Syrup (AKA: More Sugar). Nestle® has also branded the box with “Whole Grain Guaranteed!” and “tasty goodness”, and has used colours that
we associate with health and freshness (greens, yellows and oranges).

In addition, have you ever eaten just 30g of cereal? Have you weighed 30g of cereal and seen what it looks like in your big ole’ cereal bowl? Like a meal for miniature people. We’re set up to fail; set up to overeat, over-consume and over-indulge.

So we’re starting a backlash. Don’t let hidden nasties fool you. Get educated by looking at nutrition information online before eating out, and don’t be afraid to ask for nutrition information at the restaurant. Most of them will happily supply it to you, as they’re scared you’re a mystery shopper and will give them a bad review if they don’t adhere to your request. Use apps such as MyFitnessPal on your smart phone to get on-the-spot nutrition advice. And be very careful what you
order at Wagamama… 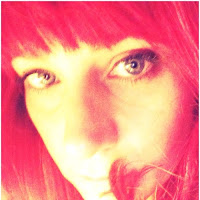 END_OF_DOCUMENT_TOKEN_TO_BE_REPLACED

Specific goals get accomplished. Know what, why and by when.  Yesterday I shared with you 2 of my goals for...