A few weeks ago, my friend and previous guest blogger, Lex invited me to attend a Hot Pilates class with her whilst back in London. I’ve always enjoyed Pilates but it is quite an expensive activity to keep up. So we booked ourselves into the class and I basically thought no more of it…

It came to the day of the class and I was trying to decide what to wear. With half my wardrobe in London and the other half in Finland, coordination was just not feasible. I chucked on some leggings and a vest, just about to leave the house when it suddenly occurred to me that “hot” might actually mean Bikram hot! Could it?! Just in case, I threw a spare t shirt in my bag. On the way to class now, I message Lex asking her if she had considered how hot the class might be…

If you’ve been to Bikram you know that it is basically a sweat fest. I usually kit myself out in teeny tiny shorts and a sports bra. I then take the biggest bag possible to fit my yoga towel (with extra grip), my bath towel (showering is not an option), a huge bottle of water and all the other exercise essentials. 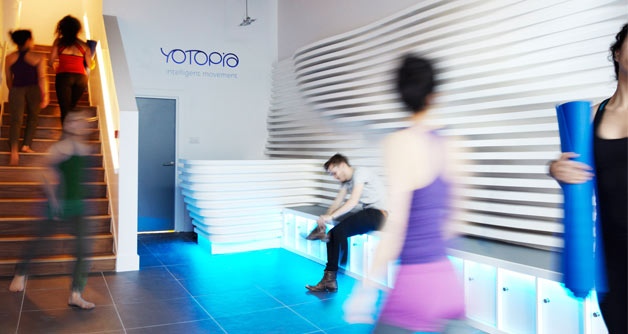 We arrived at the studio in central London. It was a very bright and airy venue – full of peace and tranquillity (how cheesy is that?!). Shoes were taken off in the reception and stored in boxes under the seats (customary in many yoga studios). We were signposted upstairs to the changing rooms and directed to the studio our class would be taking place in.

As we got changed, it became apparent that we were not prepared! Note that the studio never informed or offered us padlocks for the lockers (rookie mistake) so we had to take our bags into the studio which is when we realised just how hot, hot Pilates is! We grabbed our equipment; some ankle / wrist weights, a block and a Pilates strap and found mats right up the front of the class to position ourselves. Oooooh yes, I forgot to say that the class was actually titled “Hot Pilates with weights”. That’s right, ‘with weights’ presented a challenge that Lex and I would never shy away from!

If I’m honest, I was expecting a lot of laying on the mat doing core exercises. How wrong could I be?! We began with some standing stretches, poses and exercises. In no time at all, I had a sweat on. I looked at Lex, Lex looked at me…it was H.O.T! (The class is performed in 32 degree heat to boost your body’s detoxification capacity and kick start your weight loss). 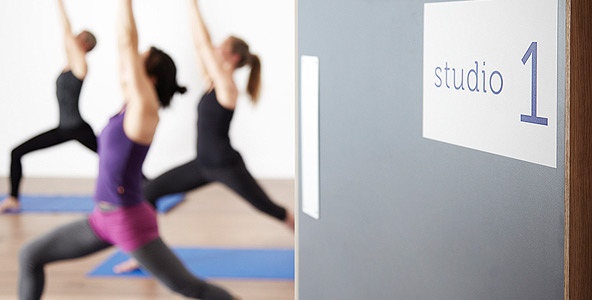 The studio was pretty packed but with lots of windows and a bright (light) décor it didn’t feel stuffy at all. We did plenty of stretches, toning exercises and the obligatory core work. Any time we felt we needed to be challenged we could add the weights. There were times though that I needed to stop, remove the weights and wonder if I would survive the class! 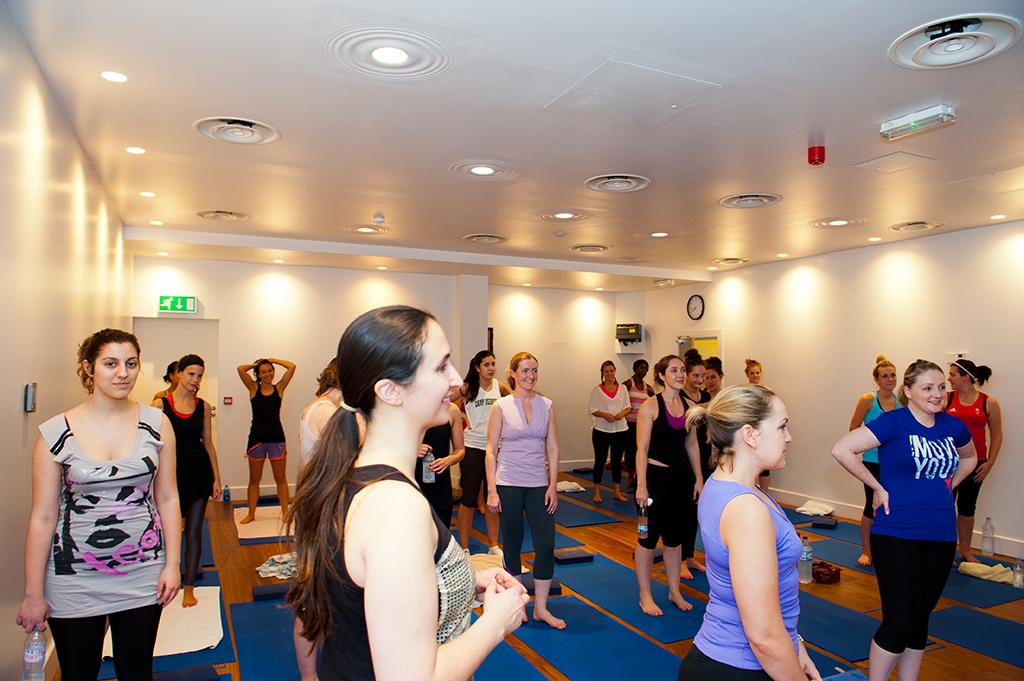 It was a great 75 minutes. A challenging 75 minutes. It was perfect for stretching out tight muscles and the heat is a great way to increase flexibility. I would describe the class as warm…I think it felt so hot because I hadn’t even considered that I would be caused to sweat. Next time I would wear less clothes, as I do in Bikram and I would also take my yoga towel, a change of clothes and my lotions and potions to shower afterwards!

The class definitely challenged me from head to toe!

Have you ever tried hot Pilates?! Or would you consider complimenting your current schedule with a class here and there?!

N.b the class I attended was 6.15pm on a Friday at Yotopia. It cost me £15 for a one off booking (I did say pilates was an expensive hobby!)

How To Do Splits For Runners & Beginners