In between all my fitness content, I’ve loved sharing my journey behind the screen of blogging itself. One particular aspect that I have enjoyed writing about is Pinterest. Pinterest is a platform that I have used personally and have been lucky to be involved in professionally since blogging – the pictures above are from the Pinterest Weddings event where I was on a panel chatting about the Story Pins – one of the latest features launched by the platform.

As much as I knew all the ins and outs of how Pinterest worked though, for some reason, I never bothered to implement what I had been told. That is, until 2019 when I made it my goal to hit 1 million monthly unique viewers… and that I did, in less than 3 months!!

It wasn’t hard to be honest and I will run through how I did it. But what I realised was more important was the traffic that was going through from Pinterest to my site because at the end of the day, professionally, that is the goal you really want to have.

Let me create some context first; I did some number crunching (thanks Google Analytics) to see what 2018 looked like for my blog where Pinterest was concerned. Here are some key stats:

Now, if I remember rightly, some playing around I did in November and December of 2018 was the reason I decided to make more of an effort in 2019. So I excluded those two months from the stats above and then included them in the stats below so you could see the small, but tangible difference those months made:

Yes, the whole reason I even wanted to to write this post was so I could drop one of those ridiculous headlines about a massive percentage increase so here it is! Ha! …but it’s actually the truth. I compared my January – July Pinterest traffic from 2019 to that of 2018 and this was what I got. In addition to a 2668% increase in page views!

So August 2019, I hit over 1500 page views from Pinterest alone with it really running on autopilot. I have been super consistent with my strategy this year so it’s great to see that it’s actually paying off! Here is some detail about what I have been doing to increase traffic on my blog from Pinterest:

To start with, as I mentioned back in 2018, the quickest way to learn is from the pros. Back in August 2018, I thought 106,000 monthly unique viewers was an awesome figure! But as you will see from my stats above, that didn’t mean anything when it came to my blog… I was probably helping someone else smash their page views from Pinterest because I soon realised that if I wanted people to click through to my blog, my content needed to be on the platform in the first place. And that content had to add value…

I started by investing a few pounds into a Pinterest e-book by Ana of The She Approach which was the greatest timesaver to be honest. Ana has spent the time testing various different methods so we don’t have to. I implemented just a few of her tips that I had the time for in January which is when my monthly unique viewers increased substantially and I decided to aim for 1 million!

If you want the outline, then here it is in bullet points. Below I will expand on the relevant points and add my plans moving forward so scroll down if you wanna read more…

In January, I had 5 different branded templates created to use for my content. You can see them in my Keep it simpElle | Blog Posts board embedded below. They’re designed in Photoshop, which I don’t currently use but I am considering getting it in the future. I then commissioned someone to create 20 new pins for me each month using these templates based on blog posts from that month in addition to any old posts that I think will do well on Pinterest and have updated.

Signing up for Tailwind was a game changer. It allows you to bulk schedule your pins to various boards – including group boards. They also have Tailwind Tribes which are groups that you can share your pins to, for others to share your pins, and you to share theirs. I’ve found that the best thing is to find the niche tribes, so I’m in some running specific ones and general food and fitness tribes.

GAMECHANGER: You can now schedule videos on tailwind. Read about it here!

Initially I created a schedule (which Tailwind automatically generates for you) to pin 5 or 6 times per day. I recently realised that that was a slow and steady method and when I read up, it seems most people pin 20-30 tines per day which I could imagine would gain you results faster. Rather than jump from 5-6 to 20 in one go, I’ve increased my schedule to approx 12 per day and will see how that works out before increasing again.

There are a lot of rumours flying around about this one with many people saying you should be pinning 80% your content and 20% of other peoples content. This breakdown I can get on board with mainly for the reason that it’s ‘healthy’. Although I want my authority to be in the topics I post on my blog, my Pinterest profile is more well rounded as each of us is in real life.

What’s The Next Goal Then?

Now the focus is well and truly on pageviews from Pinterest on the blog, my only goal is to continue to grow that statistic and finish the year on a high. As I come to the end of my studies I’d love to be able to put some more energy into the blog ready to smash 2020 and some big hairy audacious goals! 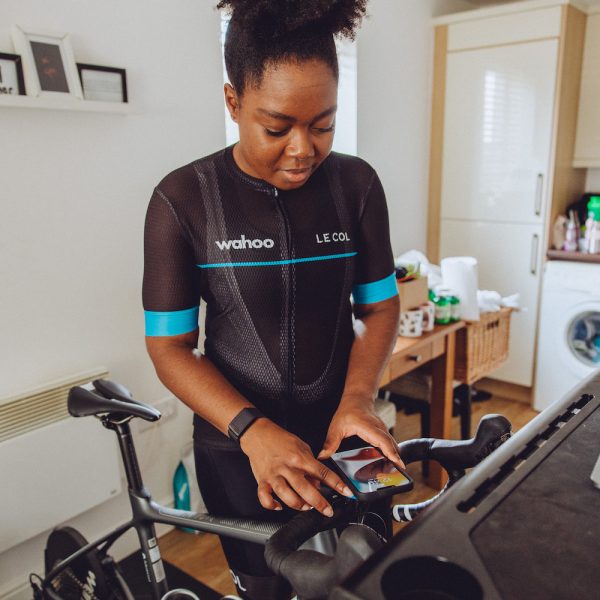