Just two days ago, I was 2 weeks away from taking part in The London Duathlon on Sunday 14th September. I’d been smashing my to do list in preparation – sorted my Lock Laces, bought my snacks and fuel for the event, planned my journey and even practiced running without music at the Clapham Common 10km. 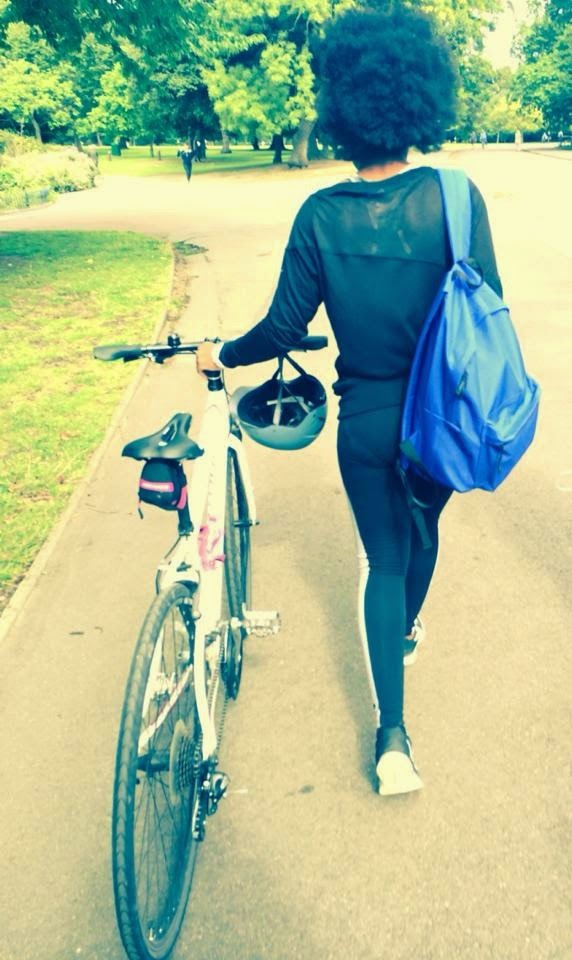 On Tuesday 2nd September, I scolded myself for feeling lazy and wanting to take the bus into town to teach. I self talked myself into feeling positive about cycling that evening. It was a nice evening for the 30 minute casual ride to the Nike Store in Covent Garden. I started to lock my bike up on the orange railings outside the store. I then decided to lift my bike over the railings for a little extra security. I was there for ages fumbling around to ensure I locked it up properly. This was at approx 18:05 – 18:10. 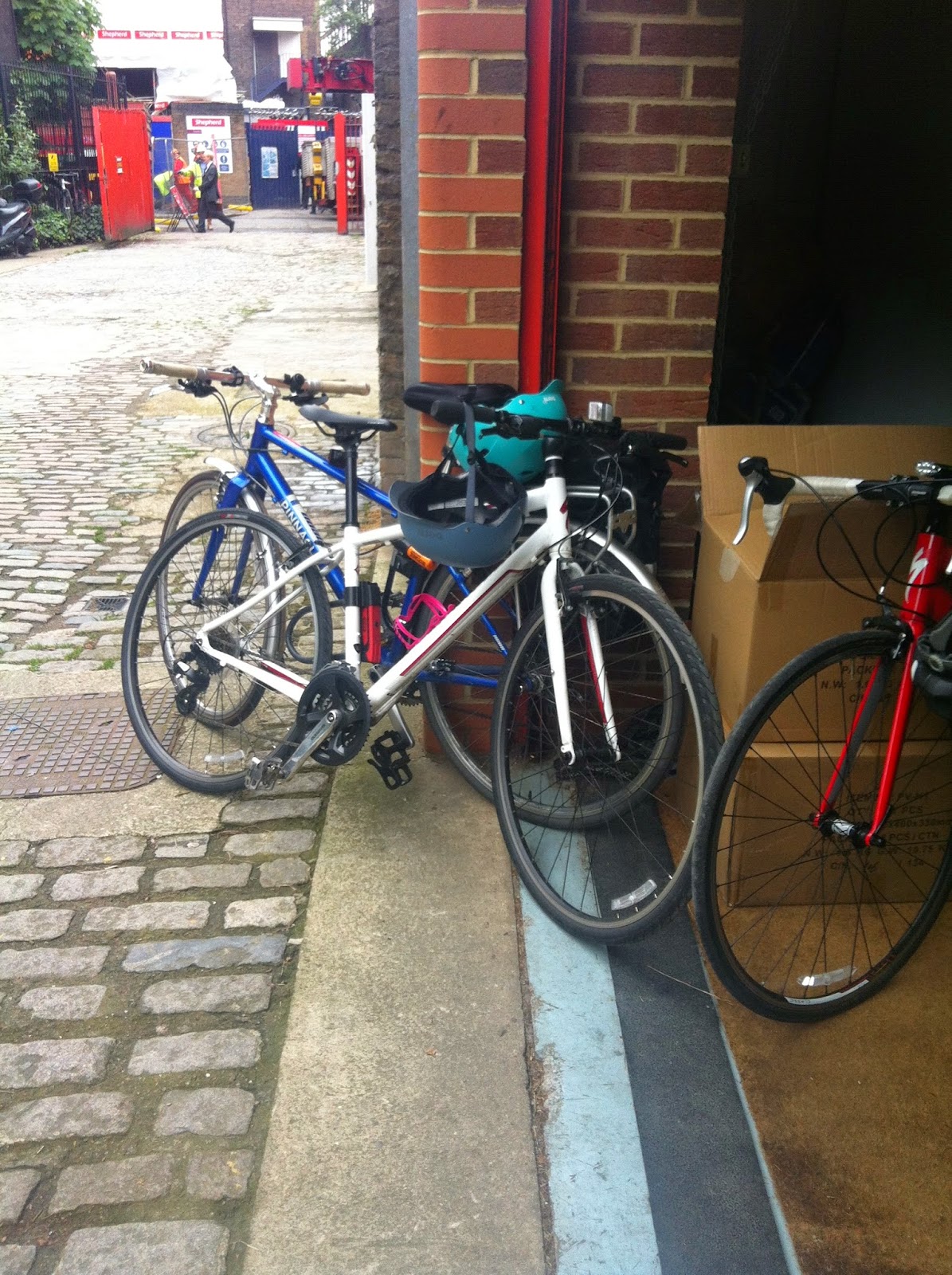 Out of nowhere, a guy came up from behind me and said “Hey, you okay?”. My response was of course “yeah I’m good thanks!” and that was that. I felt a little uncomfortable with the encounter and removed my rucksack to check if he had pick pocketed me, which he hadn’t. Anyway, I went into store, met the ladies for class, ran the class and came back to the store for a stretch. 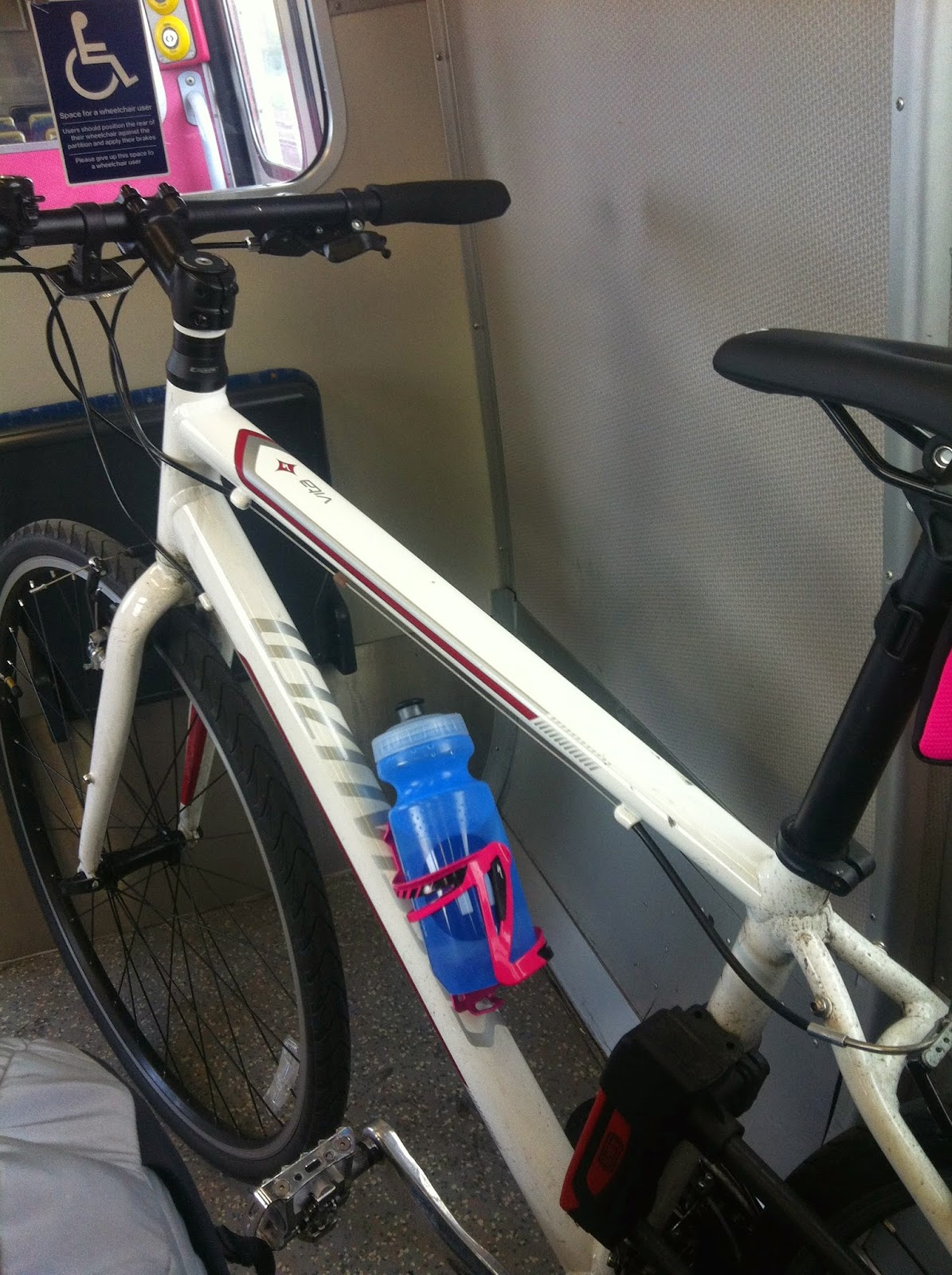 Out of nowhere, I had a gut feeling that my bike was not going to be there. Mid stretch, I stepped around the corner and had my worse fears confirmed. All that was left was my D lock and the end of the wire lock which had clearly been cut with a bolt cutter.

He must’ve been in a hurry (obviously) and ended up knocking over another bike locked up next to mine in his (successful) attempt to steal my bike. I’m sooooo surprised that he got away with this and no one saw a thing. I mean, he looked dodgy, he had a bolt cutter, he must’ve had to release the front wheel… 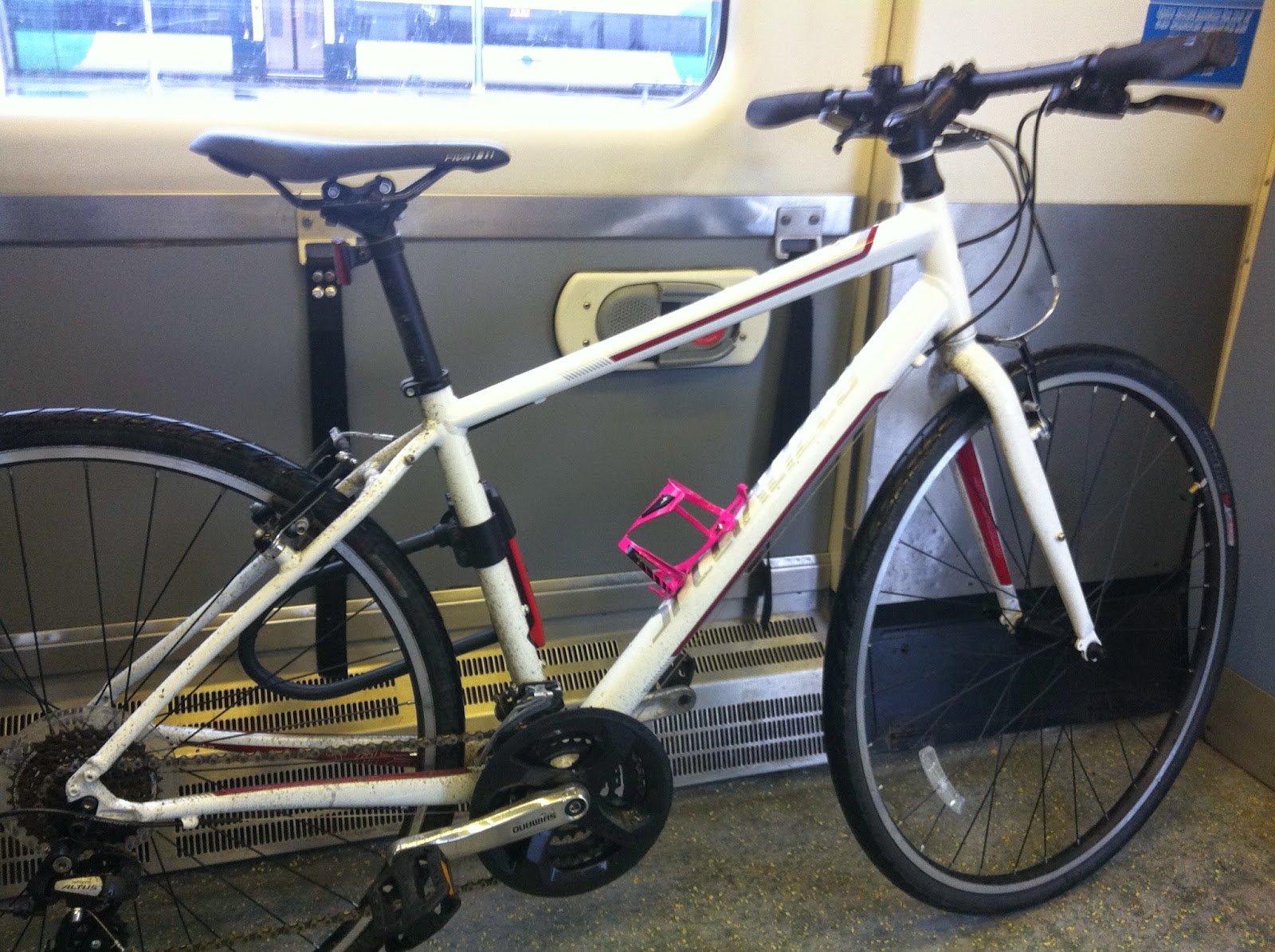 I reported this guy and the theft of my bike to the police and will be keeping an eye out online to see if there is an attempt to resell.

And here is the tweet, if you would like to help by retweeting and spreading the word, I’d be most grateful!

The recovery rate for stolen bicycles is just 4%. But someone has to be in that 4% right?!

Thanks soooo much to everyone for their kind words and offers of bicycle loans! I’m still very much looking forward to completing the duathlon, even if it’s not on my bike!

As I’ve been told…

…i still keep an eye out my stolen bike 15+ years on…. and still miss it

Unfortunately, my bike was uninsured. That’s a tough lesson but what’s done is done. Hopefully, you learn from my mistake and insure your bike now! Also, invest in THE best locks around, register / mark / label your bike – do everything, and anything possible to prevent this happening to you!

END_OF_DOCUMENT_TOKEN_TO_BE_REPLACED

I love having an afternoon off all by myself in the kitchen, it's really where I spend most of my...