If there was one event that I didn’t want to do when the time came, it was this one. After working out that we’d have to be at the start for 7am (to sort out a race packet issue) which meant for me a 5am alarm…on a Sunday…oh and reaaalllllly cold temperatures, with darkness…I could’ve happily stayed in bed guilt free. But teamwork (we were doing a relay) means there are others involved and I couldn’t let them down…

I caught up with Nkeiruka and Nneka on the train at 6.22am – the station was full of partygoers from the night before. I also at that point worked out that we would be spending approximately 1 hour 20 minutes running, plus 2 hours 40 minutes waiting for the others to run.

When we got to the information desk though, I kindly asked if we could switch from a relay entry to 3 individual entries to which they kindly obliged. That was a win because at this point, I still didn’t want to run the 8.2 miles. 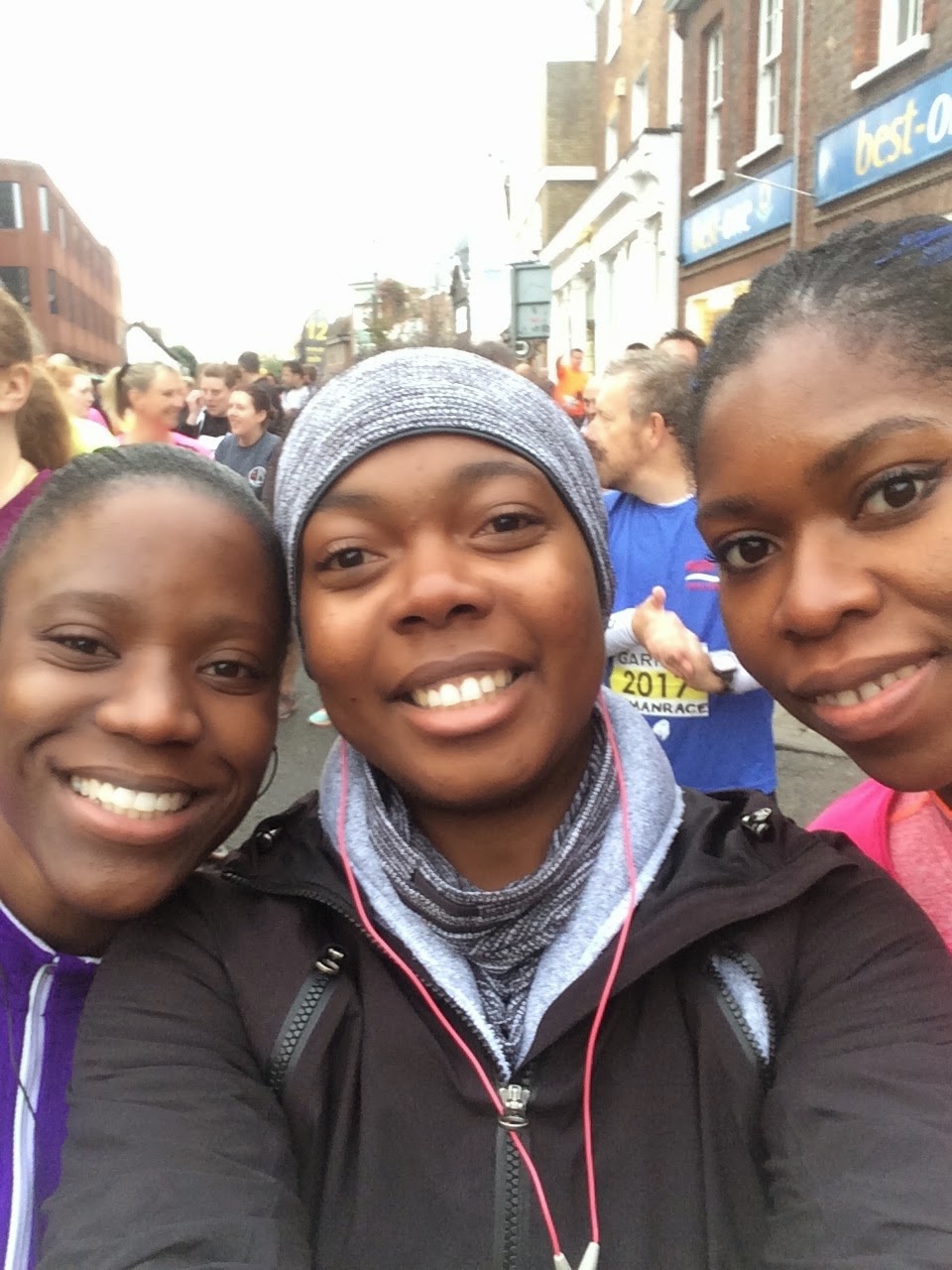 I was dressed for winter, and rightly so but I refused to remove any of my layers for the actual run. Big mistake. The event started bang on time with everyone in groups based on their anticipated pace. We lined up with the 10 minute / mile pacer and off we went. 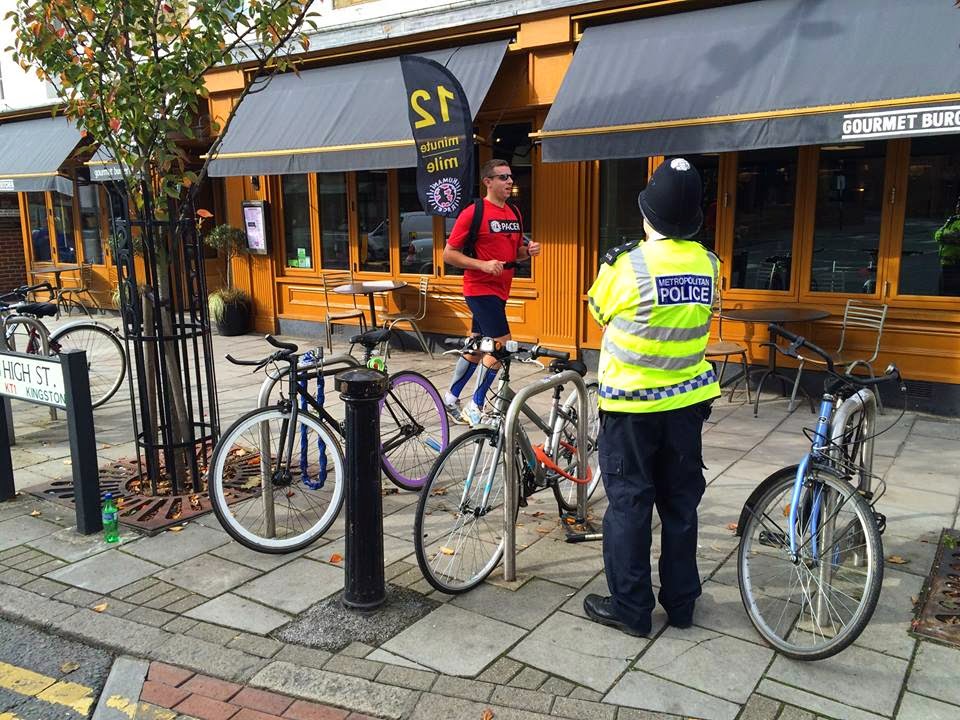 The route for the most part was simply stunning. Running only the banks of the River Thames and right next door to Hampton Court Palace. It then went along a dual carriageway for a time before we headed back into the town centre for the finish line. 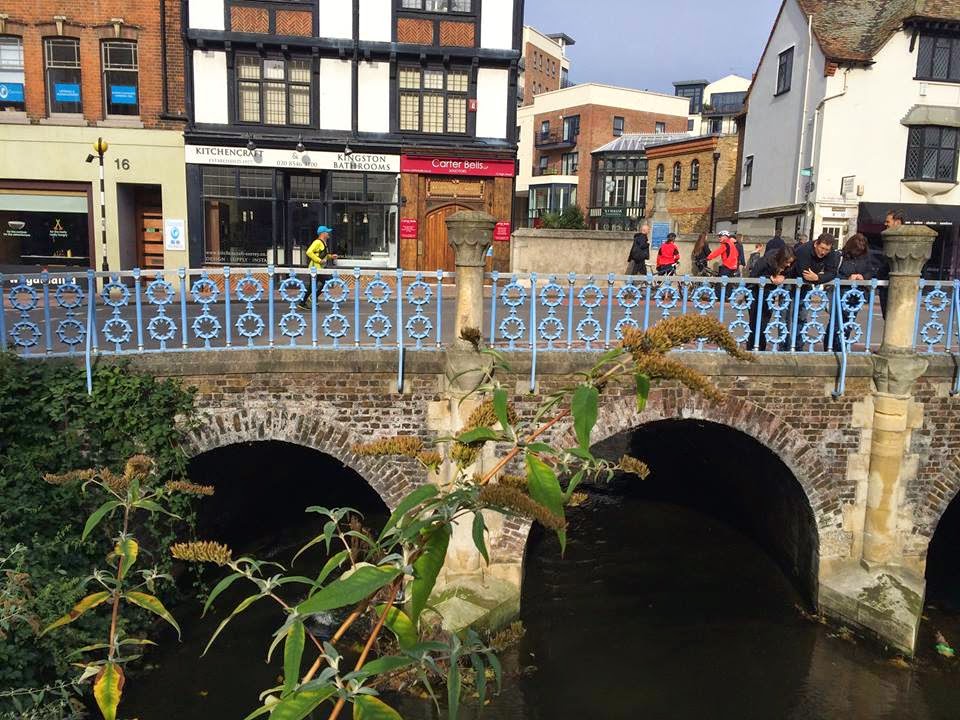 The first 5km for me went by effortlessly. It then began to dawn on me that 8.2 miles were just under 14km – a distance I haven’t run for a long, long while (not since Hackney Half Marathon in June). By this point it was just Nneka and I – Nkeiruka is a fair bit faster than us! 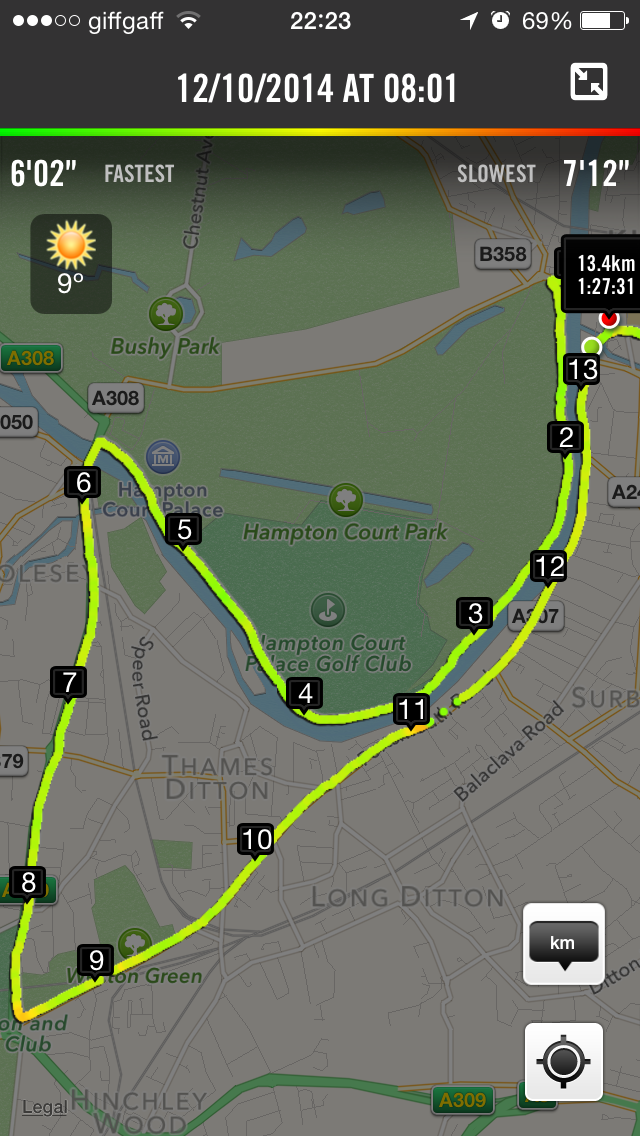 As the sun began to rise, it really started to heat up under all my layers! I managed to keep running until the 7 mile mark when I had to stop and remove a piece or two! I took my time for the final mile, I’d never run in this part of town so it was like sightseeing especially as we were back to riverside views! 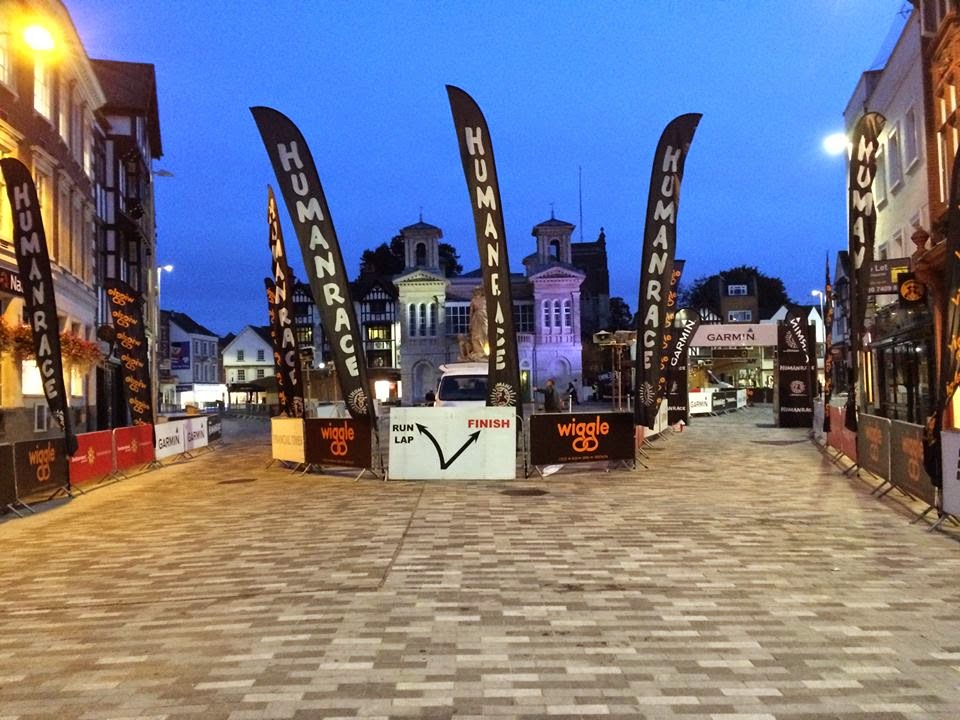 At the finish line, we were greeted with water and our medal – the biggest motivator for actually crossing the finish line on this occasion! Thanks must go to the few families that came out on the course to cheer us on! It was nice to see people especially so early in the morning! 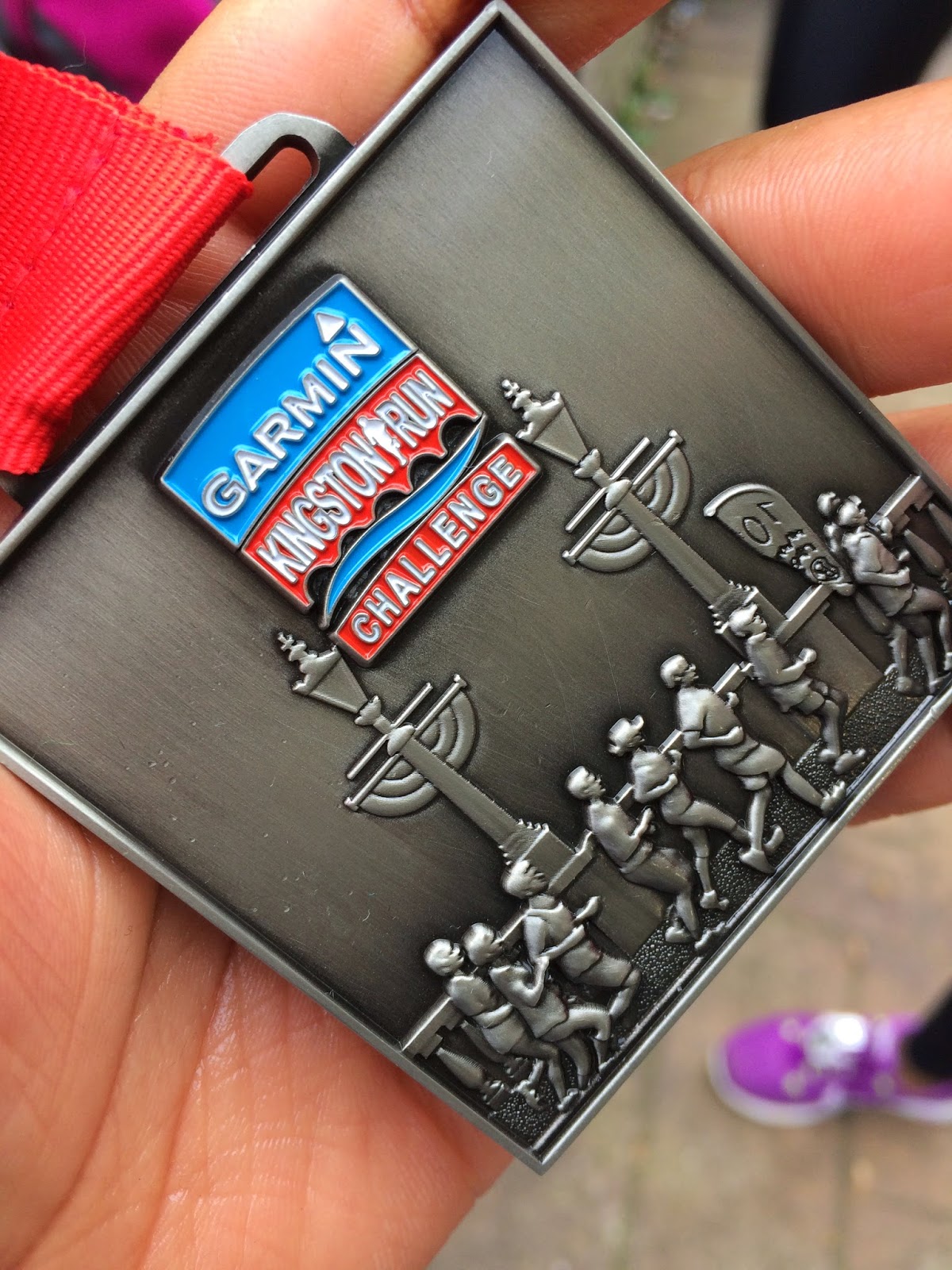 This event is definitely one for the more serious runners. It’s perfect if you’re training for a half or full marathon (there were 16 and 24 mile options too). It’s a great chance to test out your pacing and get a feel for the time you are aiming for. The event was well organised (bar the technical hitch with me being registered for 24 miles on my own! haha!) and easily accessible via public transport (except this particular weekend the trains were not fully working – but that’s not their fault!). The medal is amazing and could just do with the year on it for my own memory! 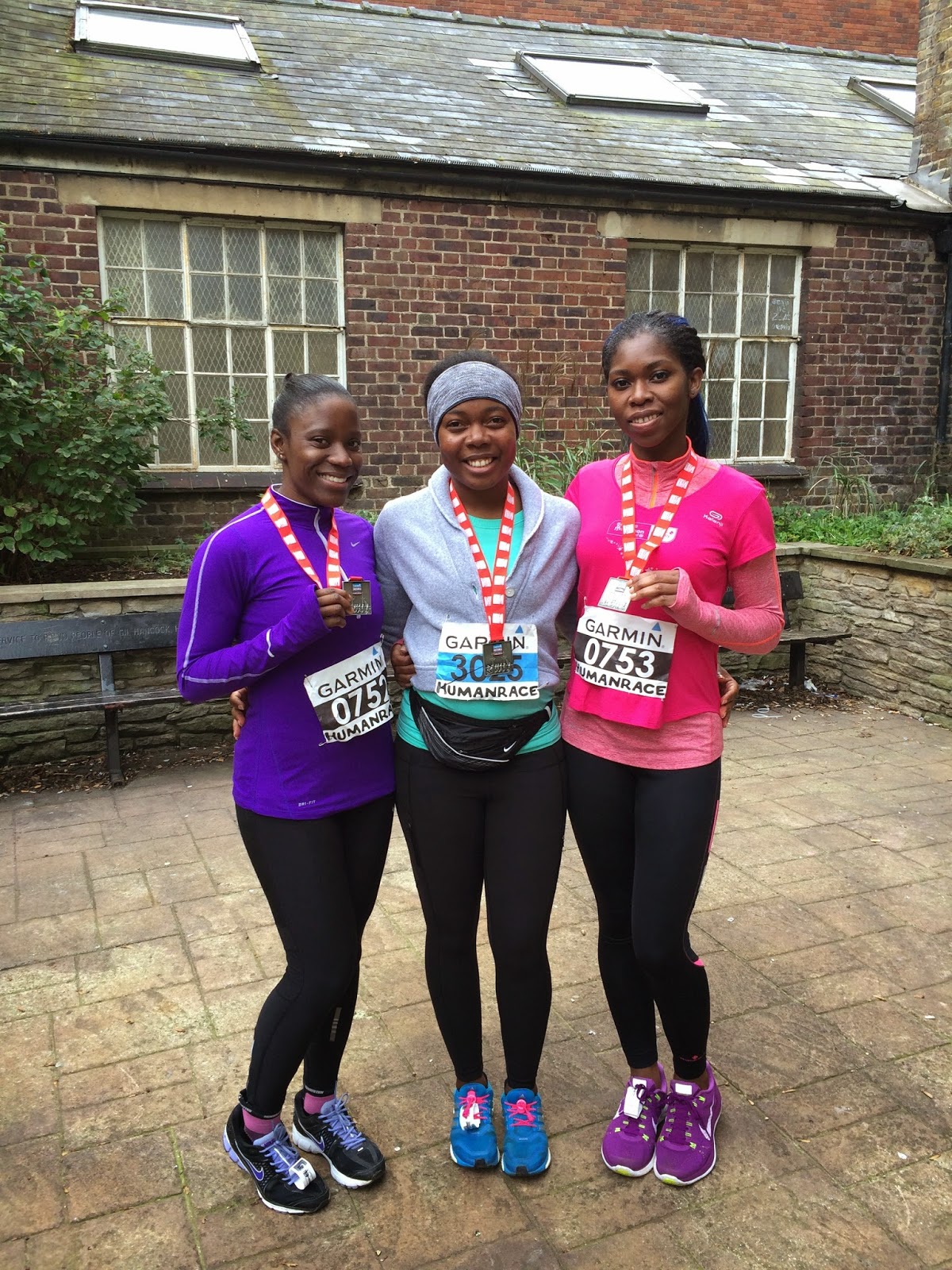 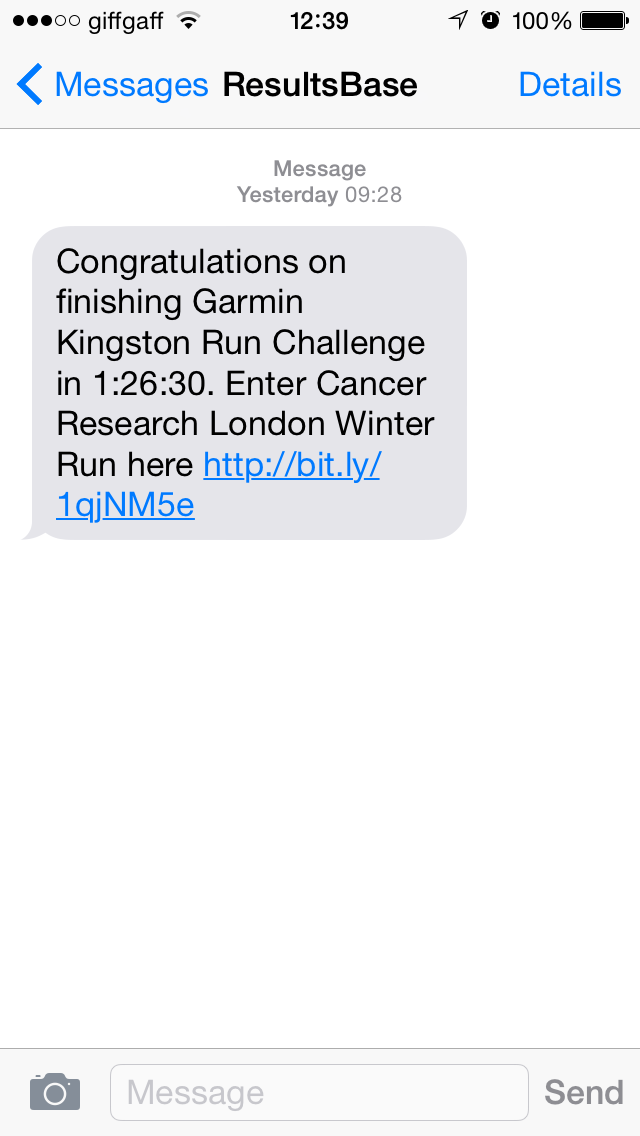 Would I do this again?! YES! …and I would use it as training in addition to taking it more seriously!