Is it me, or is time speeding up?! It’s been 4 months since my last update back in February, chatting all things Winter and since then, well, a lot has gone on ‘behind the screen’. I’ve even managed to squeeze in two (last minute) trips abroad to Malta and Madeira… ironically, when the UK had better weather than both my destinations.

But working in London in good weather, isn’t half as fun as vacationing in nice weather in Madeira, I promise you.

Go grab a cuppa and a few biscuits, let’s catch up?!

Spring eventually sprung, which was great news for getting back outdoors on the bike and back to running. I’ve struggled so much with finding consistency when it comes to running over the past few years, but this quarter was a game changer, personally and professionally.

In February, I announced that I was joining the adidas Runners London (aR LDN) team as a Coach and so far, it’s been the highlight of each week. I’ve been delivering running sessions with my fellow Coaches and Captains in Brick Lane and Battersea Park mostly, along with a few holistic sessions (core and recovery).

There was also Run For The Oceans in May / June which saw me deliver sessions in Stockport, a trail event in Kings X with Fleur East, and the launch of the Solar Glide 5’s* (which are my current favourite running shoes) with a pop up in Covent Garden.

Oh and in collaboration with Greenhouse Sports, I’ve also been into a girls school to deliver running related sessions.

In April, I signed up for and completed (the majority of) the Leadership in Running Fitness Award with England Athletics. I’ve written it up for the blog, but I still need to film my session and submit it to officially pass, so stay tuned for that.

The course was super basic for me, but it was a great refresher and gave me lots of fresh ideas for leading running fitness sessions, so spoiler, I do recommend it if you get the opportunity.

What took me to Madeira was actually the opportunity to meet the awesome producer – Rebekka – from a project I worked on at the end of 2021, into early 2022.

Due to the ‘vid, we didn’t get to meet in person (she lives in Germany), but she was heading to Madeira to speak at a creator conference – KeyFrame 22 – and asked if I’d like to attend.

It was pretty short notice, but I managed to make it work. Less than a week after the invite, I was on a plane heading out to the Atlantic ocean. As I was at a creator conference, I tried to actually, y’know, create… so you can see some of what I got up to over on my Instagram.

So, the project we worked on was my Google Creator Makeover, which I had to keep under wraps until it went live. You can catch the final video here: 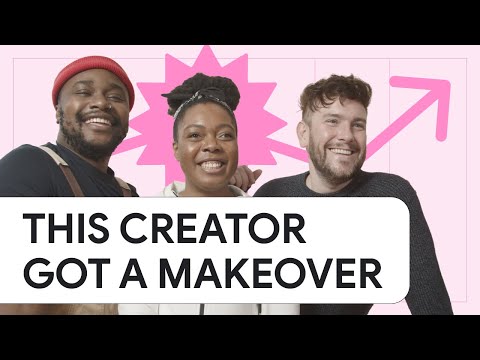 And I think I covered the most important points when I shared this project on LinkedIn:

“So proud to have been a part of this project… please do watch the video… and bear in mind the parts you won’t see… Like, the open and honest conversations around diversity and representation I had with Rebekka Gorges…

The diverse casting, both in-front of and behind the camera …and all female crew 👀 …which shouldn’t shock us, but it takes hard work to make it happen…

Not to mention we navigated this project through the heights of covo!

So honestly, when I watch this… it isn’t even about “making money when I sleep”… it’s about the story behind each and every one of us that played a part in bringing this to life!“

My main event, my goal event, RideLondon Essex 100 came and went at the end of May and since then, I’ve taken a little break. I did do a 10mile time trial about 10 days later but everything that could have gone wrong (tech mostly), did, and I didn’t better my time from last year.

The official cyclO-cross season ended in January, but the calendar for the next season is already out along with a few Summer events. I saw the Central League were looking for someone to host one of the Summer races and I put myself (Beyond CC) forward so now that’s something to look forward to in July!

Put the 20th July in your diary and come along to the event to race or cheer and soak up the good vibes. If you’re around the day before too, I’ll be needing some help setting up the course so get in touch if you can support us with this.

I also picked up my 2022 Liv bike – the latest iteration of the Brava – so I’m looking forward to giving that a spin over the Summer. It’s lighter than my previous one and I’ve also chosen to go with double sided mtb pedals for the first time which means I’d better spend some time practising skills and building my fitness back up!

If as they say, a change is as good as a rest, that means a rest is good too, huh? I decided to take a break from my current online schedule to give me some time to figure out ‘what next?’.

Some of the classes will continue as they’re part of the Beyond CC membership – an online community for women, run by women to support them to get stronger both on and off the bike.

I did also start working on making Beyond Strength a standalone programme which would sit together with the Rollin’ With My Foamies Prehab series I have in the works.

So stay tuned to see what I come out with…

Well, in a matter of days, I’ll be taking on the ASICs London 10km again, which was my first mass participation event post ‘vid, last year. Although I’m in a much better place with my running, I’m not in PB shape, so I’ll be looking to enjoy the atmosphere and use it as a kickstart for my half marathon training.

I sat down recently and planned out what the next few months needs to look like training wise for me and this half marathon in October. I’ve scheduled in 3 runs per week, which might be ambitious, but I’m gonna give it a good go.

I’ve got a few challenge ideas noted down and I think I’ll sit down asap to figure out a plan for the month to ensure I celebrate to the max.

We’re half way through 2022 now, how’s your Spring going so far?! Any exciting plans coming up over the next few months?!

Photos 1 and 2 in this post were taken by Dan Hamshere for Adidas Runners.

I considered taking a break from my online classes

Indoor cycling is still a staple in my training, e