You know we really are at the end of the year when Facebook posts your ‘Review’! …It’s always great to look back; it even put a smile on my face…to see what Facebook thought were the biggest, most significant points during the year!

And then I thought 2012 was epic…wow! …It only dawned on me today that 2012 was Olympic Year for London! What word could possibly describe 2013?!

Lets recap 2013 and then decide what word to use…

I shared my goals with you; my hopes and aspirations for 2013! Not knowing where I would be, where I would end up or how I would get there but it’s great to have a few things to occupy you while you figure that all out…

And then I guess I will be sharing a post summing up how I got on for the year! *puts reminder in calendar*

Nike Supercharge Week – To get us all back on the motivation wagon, Nike UK put on a week of great workouts! I was lucky enough to teach one of the early bird sessions!

It was also the month I got chosen to be one of the Faces of YMCAfit! A fabulous boost to my confidence in my journey as a Personal Trainer and Group Exercise Instructor.

I ran…alot! …I started working with Coach G and committed to training for a 10km. My entire training is documented here on keep it simpElle including the training plan itself!

One whole year of NikeFuel

The Nike Fuelband launched in March 2012 and I picked one up right away! I started off with the black one, then the white ice and am now equipped with the recently launched SE version! …it’s tougher to earn that NikeFuel though with updated algorithms!

I found running again…when I had nothing else.

Your Time Is Now campaign launched…

keep it simpElle joined Facebook… come find us at www.facebook.com/simpelle where I share extra pictures, motivation, events and other interesting reading!

The first ever keep it simpElle event took place on Wednesday 9th October! An EPIC evening for me; lots of planning and preparation went into this evening. A great class, with great people, fabulous support from some of my favourite brands and lovely pictures were just some of the results of the evening.

It’s not just all about Nike Training Club and running over here y’know! Especially not since I got my bike and started cycle commuting!

It started with “One gal, her bicycle and a plastic bag…”

I braved getting behind the camera and recorded my first ever workout video for the Zero Calorie Advent Calendar! It went live on December 4th… you can find it over on my YouTube channel too 🙂 …oooo and right here below… 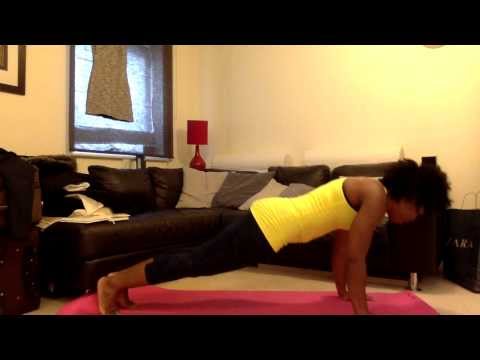 So maybe, 2013 could be described as the Legacy Year. The year where we used the spirit left behind from the 2012 Olympics to spur ourselves on. To try new things that we became aware of during a year focused solely on being active.

2013 became bigger than 2012 for me. Better even. Progress was made. Things changed, I changed, but life went on.

Here’s to 2014…continuing the trend of bigger and better! Keeping motivation, inspiration and empowerment at the forefront of everything I do…

It's a numbers game…